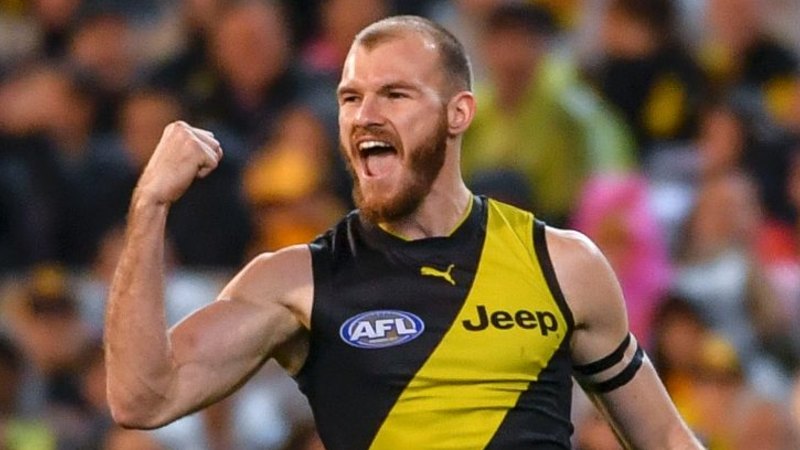 The injury would be a setback to his hopes of regaining a spot in the side with Brandon Ellis leaving a position vacant after joining the Suns.

The 20-year-old was an instant hit at the Tigers in his first season playing 20 games including Richmond’s preliminary final loss to Collingwood in 2018.

However, his season ended at round 13 in 2019 when he was found to have bleeding on the brain and required surgery to correct the issue.

At the time the Tigers said he would take six months to recover and was unlikely to play until later this year.

He made an appearance at Punt Road during grand final week, lifting the spirits of teammates ahead of their premiership win over Greater Western Sydney.

Lambert told reporters on the Gold Coast that Higgins was integrating back into contact training and his presence was a real lift. He said Higgins was a brave character who had shown great resilience during the past six months.

“He’s a kid who had the world at his feet and just unfortunately had a brain injury that was no fault of his own and his world flips around,” Lambert said.

“That’s great perspective. He’s learned a lot from the experience and he’s learnt who his close mates are, where his supports are. He’s got a long road ahead but we’re all here behind him.”