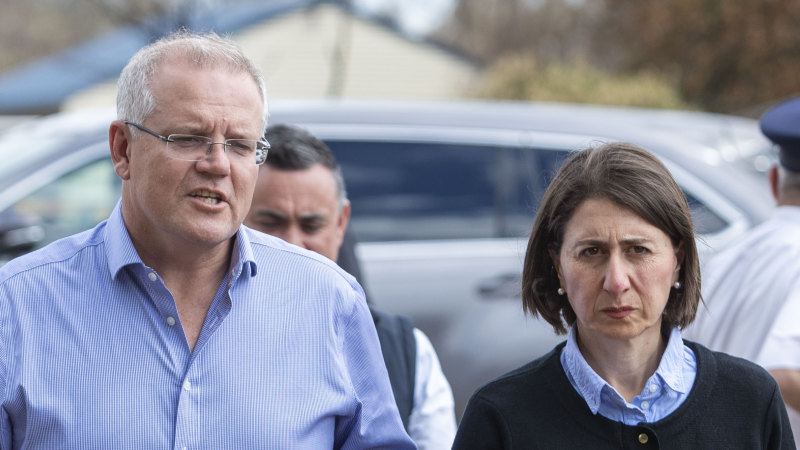 It is unclear whether locking additional gas into the energy mix would displace coal-fired power or renewable energy. The government did not provide specifics of its plan. Burning gas generally has lower emissions than coal, but it is still a fossil fuel that generates large amounts of greenhouse gas emissions.

Bringing the federal contribution close to $3 billion is the commitment to financially support NSW’s 3000 megawatt renewable energy zone in the Central West, which will require transmission upgrades to link the new generation into the existing grid.

NSW will stump up $1 billion in direct funding for a range of works. The state and federal governments will jointly underwrite the grid upgrades in the HumeLink interconnector from Snowy Hydro to southern NSW, and another into Queensland.

NSW has also made an undertaking to secure coal supply for the Mount Piper Power Station, which supplies about 15 per cent of the state’s energy, and has experienced shortfalls through declining yields at Centennial Coal’s Springvale mine.

Mr Morrison said he wanted lower power prices for households and business, and “this deal does both”.

On Wednesday Mr Morrison said increasing gas supply was “central” to his agenda.

“There is no credible energy transition plan for an economy like Australia in particular, that does not involve the greater use of gas as an important transition fuel,” he said.

“Gas can help us bridge the gap while our investments in batteries, hydrogen and pumped hydro energy storage bring these technologies to economic parity with traditional energy sources.”

“We need to get the gas from under our feet.”

“NSW already has a pipeline of around $26 billion of large scale renewable and non-renewable energy projects and the NSW government has introduced a range of rebates to help keep prices down, as well as a five-year $1.4 billion Climate Change Fund,” Ms Berejiklian said.

Santos’ Narrabri gas project, located in the Pilliga forest in north west NSW, is state’s the most obvious source of new onshore gas for NSW.

The company submitted its final development application to NSW government in 2017, but the project has been stalled by a long assessment process and ongoing opposition from community opponents.

However, Santos chief executive Kevin Gallagher has said he expects a decision in the first few months in 2020. He has committed to sell all the gas to domestic customers.

Narrabri is forecast to produce about 70 petajoules a year, the same volume required to boost NSW supply under the deal with the Morrison government.

However, the NSW approvals process is independent of federal control. Theoretically, NSW could source its gas from a different onshore or offshore project, or even use an import terminal to bring the gas in from further afield.

Mr Morrison said the NSW energy deal was the first of many he hoped to sign with state and territory governments across Australia.

Victorian Energy Minister Lily D’Ambrosio said the federal government had yet to come to the table with a deal for her state.

“While Scott Morrison indicated months ago that they would take this course, we have yet to receive any details about his plan,” she said.

In a previous commitment, the federal government has committed $1 billion to new power generation through the Underwriting New Generation Investments program, which selects private projects.