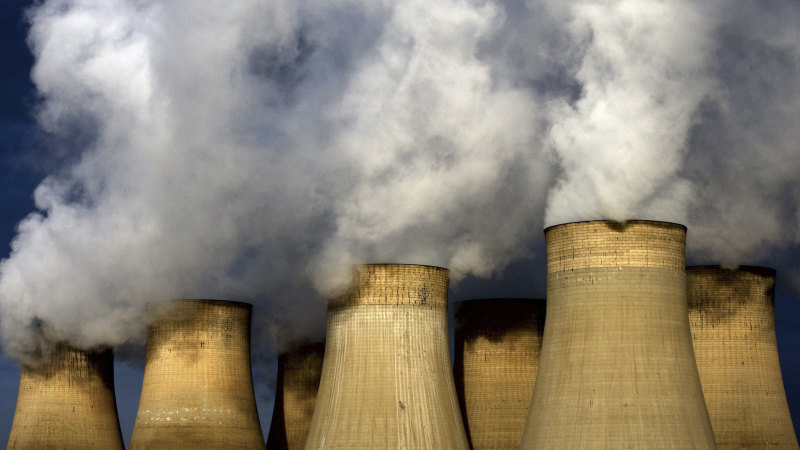 “Consumers can temporarily reduce their energy usage, where it is safe and possible to do so, by avoiding running additional appliances such as dishwashers and washing machines, setting airconditioners to 23-26 degrees, and temporarily switching off pool pumps,” the operator said.

Temperatures in Melbourne are expected to reach 43 degrees, with even higher maximums predicted in the state’s north.

AEMO believed there was sufficient electricity reserves to manage Friday’s peak demand and was not expecting involuntary load shedding, but it warned the situation could change with unexpected generation or transmission failures caused by bushfires, stress and failures of ageing coal-fired energy plants.

On Thursday it issued a level-two “lack of reserve” warning covering the 4.30pm to 6pm period on Friday, when hundreds of thousands of households are expected to switch on their airconditioners at once.

The warning gave the market operator the power to urgently contract emergency energy supplies and ask large industrial energy users to power down.

Friday morning’s request for consumers to power down over a seven-hour window indicates the seriousness in which AEMO is taking the blackout threat.

The forecast demand for electricity on Friday is even higher than on January 25 last year, when as many as 200,000 Victorian households were hit with blackouts as Melbourne endured its hottest day in five years and units failed at Latrobe Valley coal-fired power stations.

“AEMO has contracted additional electricity reserves, however, should these be insufficient to manage unexpected outages of generation or electricity transmission assets, load shedding may be required as an absolute last resort to avert the risk of system collapse, physical damage to parts of the power system or long-term outages to residents and businesses,” it said.

Load shedding is the deliberate shutdown of power to sections of the network to maintain stability and supply-demand balance.

Nearly 5000 Victorians, mostly in the Castlemaine region, were without power on Friday morning after a fault in the network on Thursday.

The cause of the blackout was being investigated.

Tips for getting through a blackout

Victorian Energy Minister Lily D’Ambrosio said the energy supply would be very tight and if “one or two things go wrong” there would be major strain on energy supply.

“We’ve got ageing infrastructure in Victoria,” she said. “We know that there are many variables in the system that can go wrong at any particular time.”

Ms D’Ambrosio said the system was coping but demand would increase later in the day.

“Sometimes things can go wrong with little or no notice and we did see that happened last night,” she said, referring to a unit outage in the Latrobe Valley.

With Melbourne, Sydney and Brisbane forecast to swelter, and multiple coal-fired power plant units still out of service, energy demand across the entire national electricity market is expected to spike.

Energy market analyst Paul McArdle, managing director of Global-Roam, on Thursday said four coal-fired generation units out of 48 across the national electricity market were out of service including at Bayswater, Mount Piper, Liddell and Gladstone.