Breaking News
Home / Business / Freed from the EU, which direction shall Britain turn for trade?

Freed from the EU, which direction shall Britain turn for trade?

admin January 31, 2020 Business Comments Off on Freed from the EU, which direction shall Britain turn for trade? 47 Views 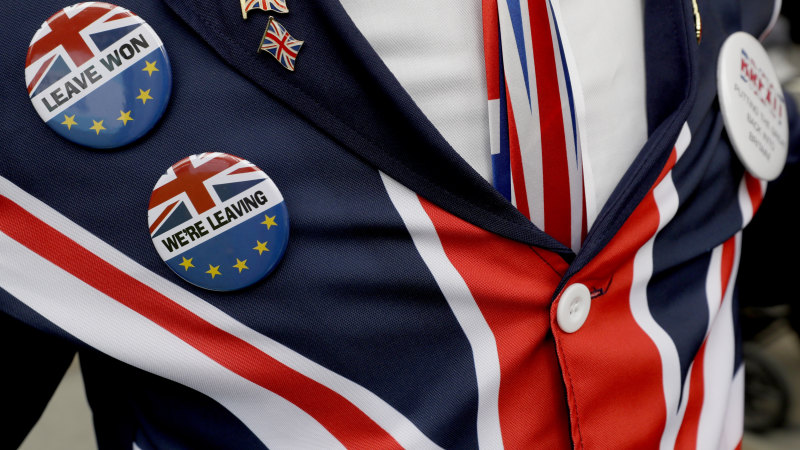 It lies behind the pseudo-science saga of Europe’s ban on genetically modified crops. The consequence of refusing to tweak genes for better yields is EU farming relies more on chemicals, just as Europe’s horror of fracking and nuclear power causes it to burn more coal. The principle was frozen into EU jurisprudence with the Amsterdam Treaty in 1997 – roughly when the EU started going into economic decline, though this is hard to separate from the parallel euro experiment.

The US cleaves instead to the “innovation principle”, the doctrine of cost-benefit analysis based on hard science. American tradition is trial and error, policed by lawsuits for abusers. Behind this is the spirit of English Common Law: crudely, anything is allowed unless explicitly forbidden; so far removed from the Napoleonic Code that curtails all until explicitly authorised. Anglo-Saxon law is why the US ran away with the internet age but Europe never left the starting line.

The UK has been caught on the wrong side of this cultural divide. The risk-aversion culture has been a headwind for British biotech and its tech unicorns, third in the world behind the US and China, with most of Europe far behind. The effect becomes progressively more oppressive as the EU expands its “competences”, such as the creation of three new financial regulators after the Lehman crisis with binding powers over the finance industry.

London’s buoyant capital markets and venture capital industry (80 per cent and 63 per cent of the EU total) have been a lifeline for Europe’s smaller companies but how long could that have lasted after the sledgehammer of Mifid II? Andrea Vismara from Equita says this directive is causing the “slow death” of European investment banking.

So the question Britain must grapple with as it seeks to shape its destiny is if it wishes to stay allied to the Cartesian, top-down, deductive method of Europe or return to the bottom-up, free-thinking empiricism of Bacon, Locke, Hume, Smith and Darwin that drove Britain’s best three centuries, and so binds us to America, the Anglosphere – and India.

It would be crass short-termism to make this choice based on a snapshot of UK-EU trade flows and supply chains, much of it linked to a car industry going through systemic disruption and that may not exist in a recognisable form within a decade.

“Global Britain” has provoked much ridicule but to argue that the quest is forlorn in a world splintering into hostile blocs is fallacious determinism. As host to the world’s premier financial centre, the UK has every chance of carving out a role as a stalwart of a revived WTO and as a champion of free trade and free thought.

The EU’s push for level playing-field clauses, non-regression clauses and even “dynamic alignment” on future law is of elemental importance. If that is the condition for a trade agreement – denying Britain “mutual recognition” that is normal in global intercourse – then the government must walk away.

The EU may seem a formidable economic superpower when seen from within the Westminster and Brussels bubbles. The Article 50 process gave Europe the whip hand and further flattered the illusion of EU supremacy. But if your angle of view is global, Europe looks more like a basket case. Americans and Asians wonder whether the EU will ever get its act together. It wasted a decade trying to save its dysfunctional monetary union, while nation states in East Asia grew at four or five times the pace, diversified into high-tech and ran away with the prize.

The EU has been outflanked even in its own core industry of car production. The lithium batteries that make up 40 per cent of the value added in an electric vehicle are made mostly in China, South Korea, Japan and Taiwan. Tesla has its own factories in Nevada and California. Europe’s decision last month to pump €3.2 billion ($5.3 billion) into its “Airbus for batteries” venture comes late in the day.

The world watched amazed as EU authorities pushed the eurozone into a double-dip recession through fiscal and monetary overkill when everybody else was recovering from the Lehman crisis, and gasped as the European Central Bank compounded a debt-deflation crisis by failing to act as lender of last resort to illiquid sovereign states.

Last year was a wake-up call for those in Europe who imagined Britain alone would be the casualty of a Brexit showdown.

The legacy of those errors remains: the eurozone is stuck in a deflationary trap with interest rates at minus 0.5 per cent and monetary policy exhausted, paralysed on the fiscal front by the Stability Pact. It is a sitting duck waiting for the next global downturn. The US has handily overtaken the EU 28 in economic size and this will jump again as the UK leaves. One is a global economic superpower: the other a blighted regional power.

UK Chancellor Sajid Javid let slip in Davos that the plan is to pursue a trade deal with the EU first rather than let a bidding war unfold as the US offers a fast-track agreement and seeks enthusiastically to draw the UK into its commercial orbit. US Treasury Secretary Steve Mnuchin is justifiably irritated since Mr Javid also vowed to press ahead with a digital services tax on US firms: pointless, unenforceable grandstanding. It pre-empts an OECD initiative exploring a broader solution with US backing.

To pick a fight with the US over both Huawei and the digital tax, and to shunt the US down the trading queue, is perilous statecraft bordering on sabotage. Is this a tactical feint, an attempt to soothe Remainer feelings by tilting initially to the EU, only to demonstrate that Michel Barnier’s demands are unreasonable before switching back to Washington? Is this what Boris Johnson has whispered in Donald Trump’s ear? Perhaps.

It is said the gains of a US-centric trade deal cannot compensate for losses from existing EU trade arrangements but that misframes the issue. It also presumes the EU would stick to its hegemonic diktats if faced with the reality of losing Britain altogether.

Last year was a wake-up call for those in Europe who imagined Britain alone would be the casualty of a Brexit showdown. It was Germany that clattered into deep industrial slump and took Italy with it.

There is no equivalence between a US trade deal and an EU one. Americans want market access to sell their wares. An accord does not entail the jurisdiction of the US Supreme Court, or British adoption of US law. Yes, Washington has preponderant power. There is a risk it might try to restrict trade with China, as it did in the Canada deal – surely a non-starter with Britain. Essentially the transaction is on a sovereign basis.

What the EU wants is not a trade deal at all. It is legal and regulatory infeudation, without voting rights. If that is the Barnier demarche, there is nothing much to talk about. The EU would of course be courting geostrategic peril to push this. It, too, will have to compromise, or accelerate its own descent.

Which of the two is in most denial?

Previous Elderly residents targeted in their homes by alleged phone and credit card scam
Next US bars entry to foreigners who have travelled to China, declares health emergency