Trapped between a global health crisis, diplomatic tensions and a logistical nightmare

admin January 31, 2020 World News Comments Off on Trapped between a global health crisis, diplomatic tensions and a logistical nightmare 85 Views 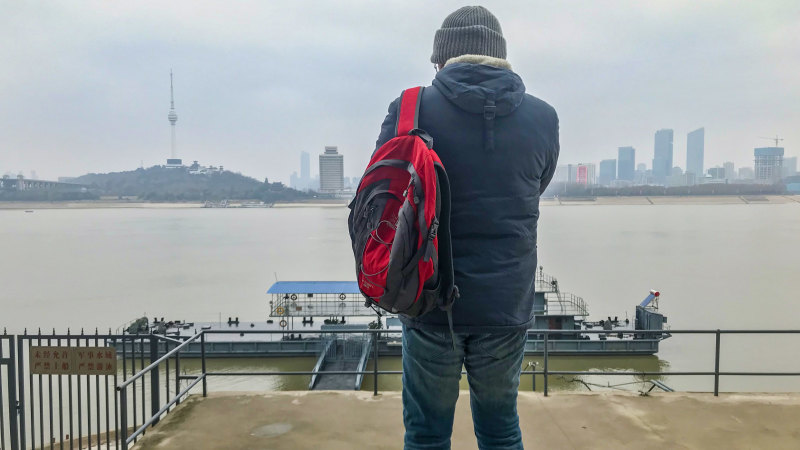 In Canberra, daily conference calls were held between Australian officials and their counterparts in the United States, Britain, Europe and Japan about whether they would evacuate their citizens.

As the foreign powers announced their plans to pull out their citizens, Australia was already leaning towards its own extraction. An earlier plan to drive the Australians in Hubei overland and fly them out of Shanghai was discussed but ruled out after Beijing said they would need to be quarantined for weeks before being allowed to leave China.

By the early hours of Wednesday, round-the-clock discussions between Qantas, the government and Beijing had resulted in a plan. Qantas would fly its largest plane, a Boeing 747, into Wuhan – an airport it had no clearance for and had never flown to – and pick up as many Australians as possible.

But if the plane was full the 747 would be unable to land on Christmas Island’s runway which, while long enough, is not grooved, meaning the jumbo jet’s weight could take it past the runway edge. The evacuees would be dropped at an airfield on the Australian mainland and shuttled on smaller military aircraft to Christmas Island. The security committee ticked off on the plan on Wednesday morning.

A Department of Foreign Affairs waiver form obtained by The Sydney Morning Herald and The Age showed those boarding the one-off flight out of Wuhan would have to pay $1000 each before being quarantined on the island for two weeks. After their isolation they would be taken to Perth and told to make their own way home. More than 150 Australians had registered to be part of the evacuation, the situation in Hubei having become so dire that a two-week sojourn at a detention centre 2600 kilometres from the Australian mainland had become the least worst option.

More than 48 hours after the plan to repatriate citizens was announced, there were still three major problems. The Chinese government had yet to approve the evacuation and it did not recognise dual citizenship – meaning many Australians who had entered China on their Chinese passports were unlikely to be allowed to leave. The Australian government had also advised dozens of those in regional areas that they would have to travel hundreds of kilometres to Wuhan even as buses, trains and cars were in lockdown across the province.

By Friday evening however, the federal government was expecting approval from Beijing for the evacuation plan.

But Lee is one of the Australian residents hit with two of the problems still facing the government. He entered China on his passport from a Chinese territory – Hong Kong – and is 300 kilometres from Wuhan. “The roads are blocked – private vehicles can’t get there. I can’t get to Wuhan,” he says.

It’s a situation many Australians in Hubei are grappling with, says Moko Yong, who runs a growing WeChat social media group for Australians in the area. About half are permanent Australian residents who had entered China on their Chinese passports, he says. For others distance and transport barriers are insurmountable problems.

“For the moment, some Chinese-Australians are visiting their families and friends in rural areas of Hubei where transportation has been blocked,” says Yong. “But their passports are with their parents’ home in Wuhan… moving from villages to Wuhan already is a problem.”

Inside Hubei province, where the virus began its spread in December from wild animals in a fresh seafood and meat market, residents are exasperated.

“I had no choice but to risk my health to go and buy food and water,” says Wuhan resident Pisso Scott. “Vegetables were finished.”

The diary of another tells readers the doors of pharmacies are closed in the city of 11 million people. Small side windows remain open for customers but “the poster still displayed masks, disinfectant, and thermometers sold out”. They have been for weeks.

“I cried softly as I read the article ‘Mama passed away in Wuhan quarantine’,” they say in the diary entry shared on Twitter by Chinese-Australian artist Badiucao. “I forwarded the article to my mother, telling her that she must take good care of herself so I don’t become a motherless child.”

Elsewhere, parents have lost children. Posts from rural Hubei on Chinese micro-blogging site Weibo claim a 17-year-old disabled boy died after his father and brother were taken to quarantine. Left at home for almost a week, he was fed only twice by the local Communist Party cadres responsible for his welfare. The County Party Committee has launched an investigation into the incident.

Videos of an apartment block outside Wuhan purport to show a door sealed with metal bars. “Wuhan people live here, keep out,” a sign says.

Beijing has warned people not to discriminate. “Isolating the epidemic doesn’t mean isolating feelings,” Wu Hao, one of the government’s health officials, said in a press conference this week. “In order to better stop and prevent the disease, properly controlling the movement of people is necessary to prevent the virus from spreading.”

The World Health Organisation declared a global health emergency on Friday. It had taken more than two weeks. The trigger finally came once the flu-like virus had spread to 18 countries and more than 8000 people.

Australia now has nine confirmed cases, with the number expected to rise. Four had been confirmed in NSW, three in Victoria and two in Queensland.

Chief Medical Officer Brendan Murphy says Australia is “extremely well prepared” and that all of the local cases so far have been relatively mild, with two people discharged after recovering from the virus.

He says measures recommended by WHO, including isolation, case management, contact tracing, prevention of onward spread, active surveillance and early detection, have already been put in place by federal and state authorities.

“We’re one of the most forward-leaning countries in terms of our public health response to this outbreak,” he says. “It’s important to note the World Health Organisation is still saying that containment of this outbreak is the goal and is still possible. Clearly what is happening in China is of concern.

“The outbreak is still not under control, but the Chinese are making very, very substantial efforts.”

In China, there are now more people infected than at the height of the Severe Acute Respiratory Syndrome (SARS) virus in 2003 and there are signs the global economic contagion could be greater too.

Global giants Ikea and Google are temporarily shutting their China stores. British Airways has cancelled all direct flights between Britain and China. United Airlines, Air Asia, Cathay Pacific and Air India have all restricted their routes. The US raised its travel alert for all of China on Friday. “Do not travel,” the US Department of State said, the highest level of warning. Australia has advised against all non-essential travel to China.

Modelling by KPMG found the economic impacts are likely to be in the order of 0.2 per cent of China’s gross domestic product. Globally, that means the coronavirus is likely to exceed the $60 billion global cost of the SARS epidemic, according to Commonwealth Bank chief economist Michael Blythe.

Australia will be hit with flow-on effects. Tourism is likely to be the biggest loser, with a reduction in Chinese travellers having “sudden and substantial” impacts on Australia, according to PWC. The accounting firm found that up to 20,000 full-time equivalent jobs could disappear, many taking years to come back, costing the economy up to $2.3 billion.

Asked if it was possible that the economic risks could become greater than the health risks, JP Morgan chief economist Sally Auld says “yes”.

“Especially given that China has a much larger share of the global economy than it had in 2003,” she says. “At the moment our view is that this threat could delay the return to [normal rates] of global growth, rather derail it.”

Australian Industry Group chief economist Julie Toth says as the health emergency becomes global, there is a possibility that some precautionary measures become disproportionate to the health risks. “That said, most people would agree that saving lives should take precedence over saving livelihoods,” she says.

Late on Friday, Bon Lee and his family were still stuck in their apartment in Yichang, Hubei province, unsure if they would be able to reach the evacuation point, eligible to be airlifted out of China, or even if they want to spend two weeks on Christmas Island.

“It’s great to quarantined so far away from everything, but if something bad happens, the closest hospital is in Darwin, 2700 kilometres away,” he says.