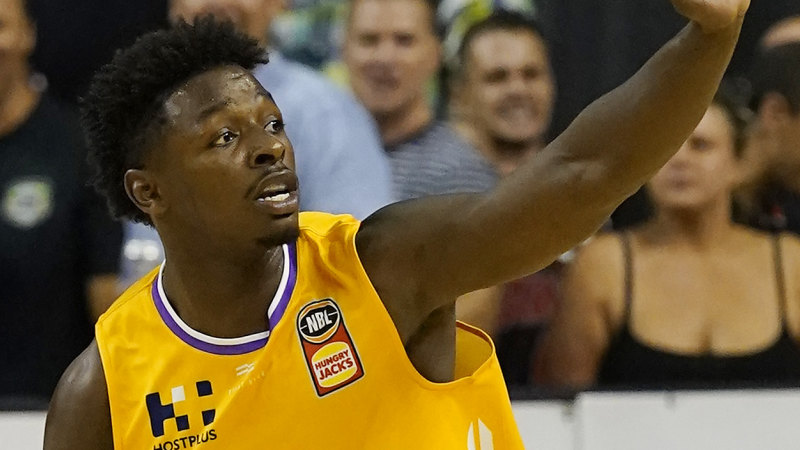 Wildcats star Bryce Cotton admitted post-match the Kings “brought out the best” in his side.

“Hats off to Sydney, they played a hell of a game but we did a great job,” Cotton said. “Injuries are a part of the game, and you’ve got to do the best you can to weather the storm but adversity brings out the best of us.”

Bogut’s injury was a great disappointment for fans, who were looking forward to his face-off with fellow former-NBA player Plumlee in the centres which will now have to wait until the play-offs.

Sydney had attempted to repair their fractured lineup with the surprise return of Kevin Lisch, who has been sidelined since December due to a serious ankle injury.

The Wildcats knew they had the ability to beat the side walking in, boasting a title as the only side who had beaten Sydney twice this season.

Despite the Kings’ eagerness to ensure they become the first NBL team to stay on the top of the ladder from start to finish, the Wildcats walked onto the court desperate to bag their play-offs position and extend their own record of consecutive play-off appearances to 34 years straight.

After a slow start to the match from the Wildcats, the Perth side managed to pick up speed to claim the first quarter 31-27.

By half-time, the Wildcats walked into the sheds with a 52-60 lead. The Kings had well and truly fallen behind by the end of the third quarter with Perth ahead 73-89.

Fans were up in their seats in the arena as the Kings brought it back for the end of the game, bringing the margin down to just two before the Wildcats reached triple digits.

Boos from the Perth crowd rained down on Jae’Sean Tate as he tried to push Sydney to a win – but without Bogut and Louzada, the task proved too large.

Sydney are two points clear of the Wildcats at the top of the ladder, with three games remaining for both sides.

It was hard to ignore the week of mourning the world of basketball had endured.  Ahead of the game, the crowd honoured the death of Kobe Bryant with 24 seconds of applause as a video of the former Lakers star and his 13-year-old daughter Gianna was played to the arena. Both were killed in a helicopter crash in LA, alongside seven others.

The game was particularly emotional for the Wildcat’s main attraction Plumlee, who had played against Bryant on a number of occasions in the NBA.

“I mean every time [we played against one another] he was just an unbelievable competitor,” Plumlee said. “He played harder than anybody, didn’t matter what the score was. He’s just a real role model for all of us.”