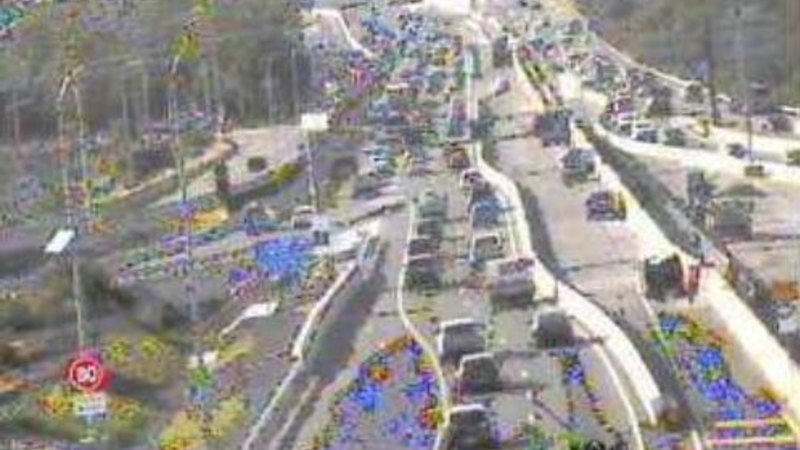 Two southbound lanes at the Story Bridge were also blocked by a crash between a vehicle and a bus just before 9am, with motorists warned to expect delays.

One person was taken to the Royal Brisbane and Women’s Hospital in a stable condition.

Only the left lane remained closed by 9.45am while delays stretched back to Windsor on Bowen Bridge Road.

In Nundah, a multi-vehicle crash on Sandgate Road blocked both lanes approaching Hamilton Road about 7am.

One lane was reopened by 7.15am, with emergency services and towing on the scene. Paramedics transported one patient to Royal Brisbane and Women’s Hospital in a stable condition.

The crash was cleared before 8am, though congestion remained back to Virginia.

Motorists in the city’s east were warned to expect delays after a crash between a motorcycle and a vehicle on Ferguson Road at Camp Hill. That crash was also cleared about 8am.

Large pieces of debris from an earlier incident on Southern Cross Way northbound at Eagle Farm was cleared by 7am.

Previous Nicola Gobbo’s evidence over the phone, but her image won’t be shown
Next Toll stops services after security breach

Samantha Page from Early Childhood Australia said some centres reported parents being so enthusiastic, they …