Labor in no rush to ban displays of Nazi swastika

admin February 2, 2020 Victoria News Comments Off on Labor in no rush to ban displays of Nazi swastika 33 Views 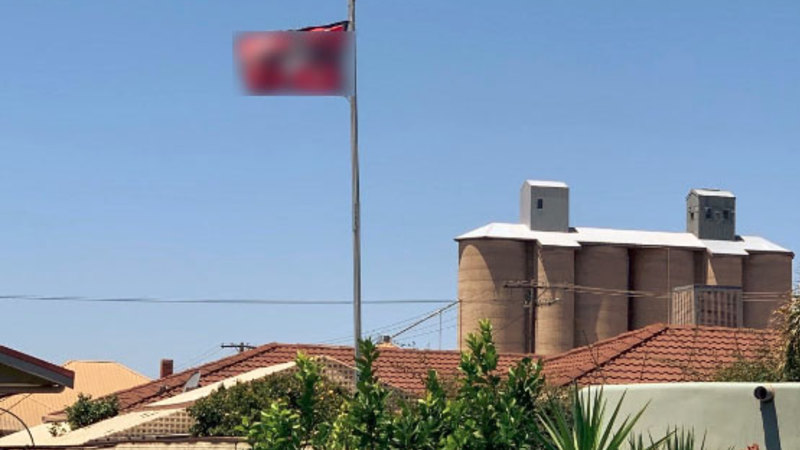 The Nazi insignia pushed itself onto the agenda last month when local and states authorities found themselves powerless under the law to act against a householder in the remote Mallee town of Beulah who flew a flag emblazoned with the Swastika above their home.

The Anti-Defamation Commission’s Dvir Abramovich, who has campaigned for two years to criminalise the public displays of the Nazi swastika and other Third Reich insignia, welcomed the Liberal party announcement on Sunday.

“The alarming spike in anti-Semitism in our nation, and the recent savageries in Christchurch, Pittsburgh and San Diego are a wake-up call that all legislative and policing measures must be marshalled to combat the white-supremacist threat lurking within our midst,” Mr Abramovich said.

“The time for action is now.

“I call on Premier [Daniel] Andrews and his government to rise to the challenge and to pass these proposed laws because fighting vicious incitement and violent bigotry, no matter the source,  should never be a partisan issue.”

“It symbolised it 90 years ago, and it still symbolises it today.”

Her co-director of the Elsternwick museum, Jayne Josem, said a ban would send a strong message.

“Banning the swastika will be an important gesture demonstrating that our government finds it abhorrent in 2020 in Australia to see such vile symbols,” Ms Josem said.

“Banning the swastika will not solve anti-Semitism, but it will curb its visibility and it is this visibility which has the potential to encourage anti-Semitism among people who would otherwise not consider it.”

Mental Health Minister Martin Foley, out in St Kilda for Sunday’s Pride march, said that he and his colleagues condemned any display of Nazi propaganda and any other forms of racism or intolerance.

But the minister said the government wanted to wait until the Parliamentary committee process, which has several months to run, was finished before it made a move

“Any expression of Nazi propaganda and any offensive anti-Semitic, racist paraphernalia, has no place in Victoria,” Mr Foley said.

“We are working through the processes, through the racial vilification act review that’s currently being led by a Parliamentary inquiry and we look forward to that committee reporting to the Victorian government and the government acting on those recommendations.”

Previous ‘Appetite for this style of education is growing’: Victoria’s newest schools
Next Premiership hero Pickett to wait on contract talks with Tigers