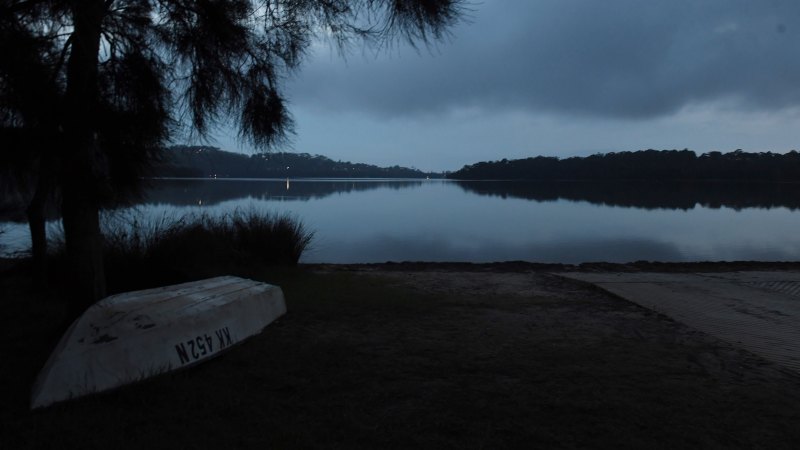 More wet weather is expected over the coming weekend, with up to 45mm of rainfall predicted for Sydney on both Saturday and Sunday alongside widespread storms.

“We are looking at some wet days ahead of us,” Mr Shabren said.

There was some relief for bushfire affected communities in the Blue Mountains, with Bilpin receiving to 19 millimetres since 9am on Sunday.

Rural Fire Service spokesperson Greg Allan said although the patchy rain across the Blue Mountains had been of some assistance, it had put a stop to backburning efforts in the area.

“As much as we love to get a little bit, it can hamper what we are trying to do,” he said. The RFS will continue to monitor the situation on Monday.

However, it was a different story for the areas affected by the Bega Valley fires. No rain was recorded in Bega and only a drizzle came down in Moruya and Nambucca.

“Unfortunately, down towards the south-east we didn’t see much [rain] at all,” Mr Allan said.

Mr Shabren said heavy rainfall predicted for the North Coast from Wednesday “might bring respite to the fire grounds”, while lower temperatures could assist in the Blue Mountains and South Coast regions.

“It is more so showery rain, particularly around the South Coast. So at this stage it will be a bit hit and miss in this area.”

The State Emergency Service attended 48 homes in Sydney on Sunday night, mostly for roof damage. A spokesperson said they were anticipating a busy weekend in the state’s north, but also across Sydney and the Central Coast.

After a cool change on Tuesday, rain is expected to return to Sydney from Wednesday evening, with 10 to 25mm forecast for Thursday.

Clarification: The article initially measured rainfall incorrectly as millilitres instead of millimetres.

Mary Ward is Deputy Lifestyle Editor of The Sydney Morning Herald and The Age.

Previous CBA announces plan to launch 25 fintech start-ups
Next Nicola Gobbo’s evidence over the phone, but her image won’t be shown