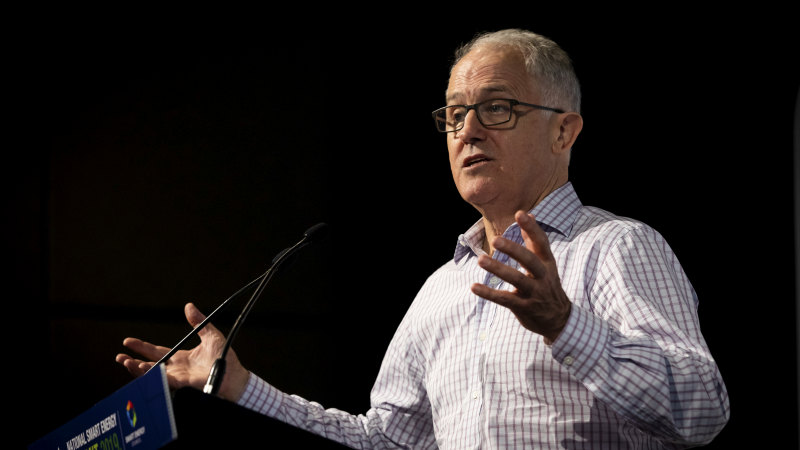 “This has branded us in a way that we would never ever imagine could happen,” Mrs Turnbull, who is also chair of the Greater Sydney Commission, said.

“We are seen as very behind….as a leader in a negative sense. That should really embarrass so many Australians.”

Mr Turnbull, who was toppled as prime minister in August 2018, said Australia should “use this terrible summer as a turning point where we will embrace the reality of our obligation to cut emissions, our obligation to lead”, and also stop burning coal and other fossil fuels.

What was lacking was political will but that would change when Australians demanded it, he said.

“When they recognise a political cost in not addressing climate change in an effective way they will change,” Mr Turnbull said.

“The calculus that has been made by many people in the Coalition is that they can take many of their voters for granted.”

Liberal Party MPs who were sceptical about climate change were “reinforced and amplified and nourished by the right wing media” particularly those of Rupert Murdoch’s News Corp, and “basically operates like terrorists”.

“Basically they say, unless you give us what we want we will blow the joint up,” Mr Turnbull said.

The Coalition for Conservation is a lobby group of mostly Liberal Party members who are pressing for a higher priority to be given to environmental issues, especially climate change.

Both Mr and Mrs Turnbull stressed the prospect of more jobs with renewables, including through lower electricity prices. The cost of large-scale solar photovoltaics with six hours of storage was now $40 per megawatt-hour cheaper than new black coal-fired power plants, Mr Turnbull said, citing figures from the Australian Energy Market Operator.

Mr Turnbull’s backing of a “green new deal” echoed a similar call this week by new Greens leader Adam Bandt, in his first comments after securing the post.

“We are all custodians of future generations,” Mrs Turnbull said. “We are all traumatised to some degree or another by this…black spring and black summer”

“We have to try our very best to do something about it. We owe it to ourselves and we owe it to the rest of the world,” she said.