Smiles wear thin in H is for Happiness

admin February 5, 2020 Latest News Comments Off on Smiles wear thin in H is for Happiness 161 Views 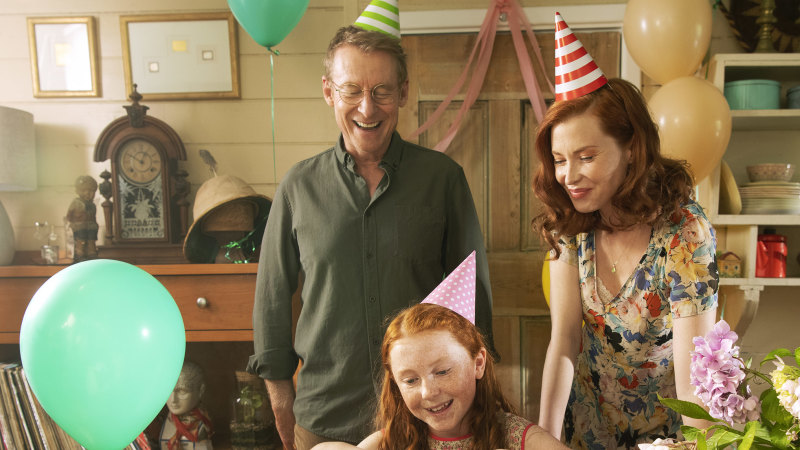 In the foreground, it appears to be a bright and sunny comedy set mostly in two locations – Candice Phee’s unhappy but stylish home, and the multi-cultural schoolroom where she’s the kid no one wants to sit next to. We can tell it’s a high-key comedy from the first shot – a pullback from the wonky eye of Miss Bamford, Candice’s teacher. Miriam Margolyes fits the part, if not the computer-generated wobbly eye. Her style in comedy has often been to go the big bash. New director John Sheedy – a veteran of theatre and opera – encourages her performance as a statement of principles: if audiences need to be driven to the river of comedy and made to drink, Miriam takes us mid-stream with an anvil.

Sheedy does this partly as a ruse. It’s not a straight comedy at all, but a drama with comic leavening. On that basis, it sometimes works pretty well. There are a few – a happy few – laugh-out loud moments that suggest how much potential this project might have had. The rest is a grown-up tragedy, from which 12-year-old Candice would like a break. Her mother Claire (Emma Booth) is four years into a breakdown caused by the cot death of Candice’s little sister. Candice’s father Jim (Richard Roxburgh) has more misery on top, after breaking with his brother Brian (Joel Jackson) over money. Brian got rich on Jim’s business failure. Candice refers to him only as ‘Rich Uncle Brian’. Candice’s home life is about as much fun as a funeral on a wet Tuesday.

Daisy Axon, befreckled and red-haired, is well cast as Candice. She’s more than a swot. When she meets Penelope Benson (Deborah Mailman), mother of her new (her only) friend Douglas Benson (Wesley Patten), Penelope recognises the girl’s obsessive orderliness and precocious language. ‘You’re autistic, aren’t you?’ she asks, gently. Candice demurs, politely. Given that Douglas thinks he is from another dimension in time, she feels reasonably well-adjusted.

Sheedy never finds the right tone for this ambitious project. Candice’s florid language is great on paper, one of the main attractions of the book, but it’s almost impossible to translate to the screen. Doing it with two child actors was never going to work. Lisa Hoppe’s script tries to capture it with both narration and direct speech. The former sometimes works, the latter almost never does, so the dialogue becomes a stormy sea. Roxburgh, staunch professional that he is, calms these waters. He and Booth, as parents caught between grief and confusion, give the film some much-needed ballast, but they’re in the wings. Candice and Douglas, the odd couple, have to hold the centre, speaking lines in dire need of a red pencil.

Audiences won’t tolerate a glass half full, and Australian cinema of late has been a lot like that. This script wasn’t ready to film, nor was its director ready to step up to feature-length. Funding bodies that don’t recognise these signs do us all a disservice, film-makers and audiences alike. Changing the title, from one that had some recognition to one that has absolutely none, is symptomatic of the bad decision-making that besets Australian film in this century. H is for Happiness is amiable, even quite likeable, just not good enough to compete against much bigger and better-funded foreign movies. The market will probably punish the film-makers, perhaps unjustly, but when do the people who green-light these unready films ever face the music?