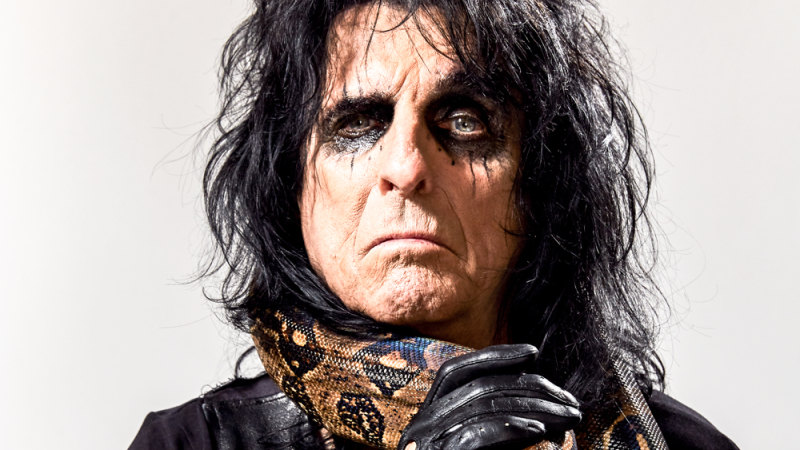 “I went out and hit a ball and I hit it dead down the middle. And I was immediately addicted.”

Cooper was planning a day out on the links when WAtoday sat down with him this week, taking some time out for a round at Joondalup (one of his favourite courses) before his Australian tour begins at RAC Arena on Saturday night.

And Cooper’s golf habit isn’t a solo exercise; the whole band gets involved, no matter where the tour takes them.

“My guitar player plays and so does my bass player, and so every morning, I don’t care where we are, we play nine holes at least,” Cooper said. “Today’s a day off so we play 18 holes.”

It’s a far cry from the hard-drinking days of Cooper’s youth, where the young rocker partied so hard he even had a drinking club dubbed the Hollywood Vampires – a name later adopted by the supergroup Cooper formed with Johnny Depp and Aerosmith’s Joe Perry as a tribute to the rock icons whose life of excess led to an early grave.

But Cooper, now 72, has not let the years dent his creative output and is still as driven as ever, especially since ditching his booze habit back in the 1980s.

“None of us thought we’d get past 30. I used to go out and drink every night with Jim Morrison and Jimi Hendrix and John Lennon and those guys and none of us went: ‘what happens after we turn 30?’

That drive can be seen in the Godfather of Shock Rock’s latest release, 2019’s Breadcrumbs EP, a “tip of the hat” to his hometown of Detroit, the tough, hard-rocking industrial city where he was born and still has family.

Detroit’s changed over the years, Cooper said, but it still had a grittiness which made Motor City unique.

“Detroit now is probably one of the healthiest towns around, but it still has that Detroit toughness.

“It’s not like San Francisco; it’s not like Boston. It’s got this Detroit built-in toughness to it that I hope it never loses.”

But while Cooper’s drive to entertain a crowd with both new music and classic hits remains, there is one thing he admits has got tougher over the years – and especially since the advent of the internet and 24-hour news.

“You can’t shock an audience any more, it’s impossible,” he said.

“It’s not a matter of shock, because CNN’s more shocking than anything we can do.

“Now you turn on CNN and there’s a guy really getting his head cut off, so how shocking can a fake guillotine be?”

That doesn’t mean Cooper will ditch the more outrageous elements of his once-notoriously wild performance, but the focus on putting on an unforgettable show is now stronger than ever (and backed by a band lineup including acclaimed guitarist Nita Strauss).

As Cooper noted, crowds might not be shocked by antics like the guillotine performance anymore, “but they are entertained by it”.

Ideas for new music and creative ventures are never thin on the ground in Cooper’s world. People, as always, remain one of the greatest sources of inspiration.

“There’s love, there’s hate, there’s ridiculousness. A lot of the times I will focus in on the absurdity … we claim this but we do that, we’re hypocritical but at the same item we’re lovable.”

However there is one area Cooper will not stray into. Politics.

He laughs at the “absurdity” of fans looking to rock stars for political guidance – “why would you ask a rock ‘n’ roller?” – but also believes it’s unfair, as if his fans couldn’t think for themselves.

“If you come to see my show it’s a vacation from politics,” he said.

Still, the chaos and craziness of American politics is inescapable, even with Cooper, who views it with an air of astonished mirth.

“Our politics right now in America … is so close to a Kurt Vonnegut novel, it’s hysterical, it’s so absurd,” he said.

“It’s like a Kurt Vonnegut novel: the most absurd things can happen in America, and it’s reality. It’s so impossible to think about these things, but it happened.”

Cameron is the homepage editor for WAtoday.