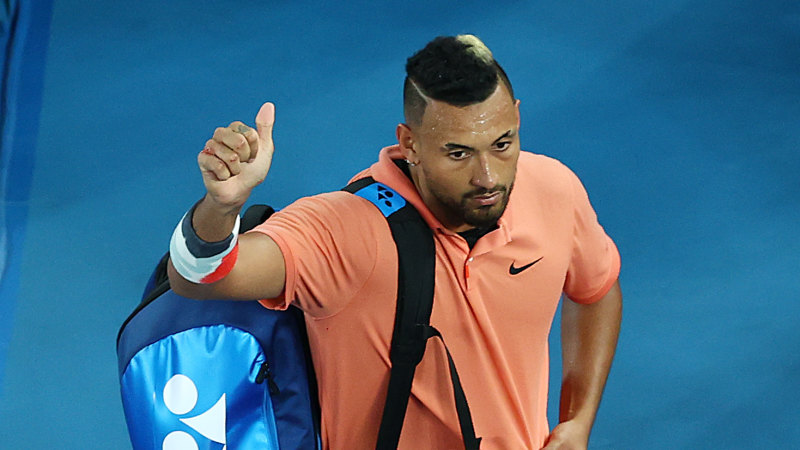 “I hope everyone still goes out to see the great tennis at the New York Open.”

Kyrgios returned to the world’s top 20 on Monday for the first time since August 2018 after a fourth-round appearance in the Australian Open, where he lost to top-seeded Rafael Nadal.

Jordan Thompson, the world No.65 Australian, will face veteran Croatian Ivo Karlovic in the first round.

In India, Australian James Duckworth was beaten in straight sets by Egor Gerasimov to crash out of the Maharashtra Open semi-finals.

The sixth seed was unable to find a way past the Belarusian in a 7-6 (7-2), 6-4 loss at the Shree Shiv Chhatrapati Sports Complex in Pune on Sunday (AEDT).

Duckworth didn’t win more than one game in a row or a single break point, while Gerasimov produced five break points against the Australian.

Monfils, the champion in 2010 and 2014, fired 12 aces and won 39 out of 48 points on his first serve to charge into the title clash for the fourth time in the tournament.

“It was a great win today. I was solid. Filip played great in the first set and then I changed my game a little bit to be more aggressive and it worked,” the 33-year-old Monfils said.

“I was pleased with my performance. So far [it has been] a great week. Hopefully tomorrow is going to be the same.”

Canada’s Pospisil will look to become only the third non-French winner of the tournament in 10 editions after he stunned second seed David Goffin 6-3, 1-6, 7-5 in the other semi-final.

However, the 29-year-old could face a tough challenge to seal his maiden singles title having lost all five of his previous meetings with Monfils.