Breaking News
Home / Latest News / ‘It will rain one day’, then it did

‘It will rain one day’, then it did 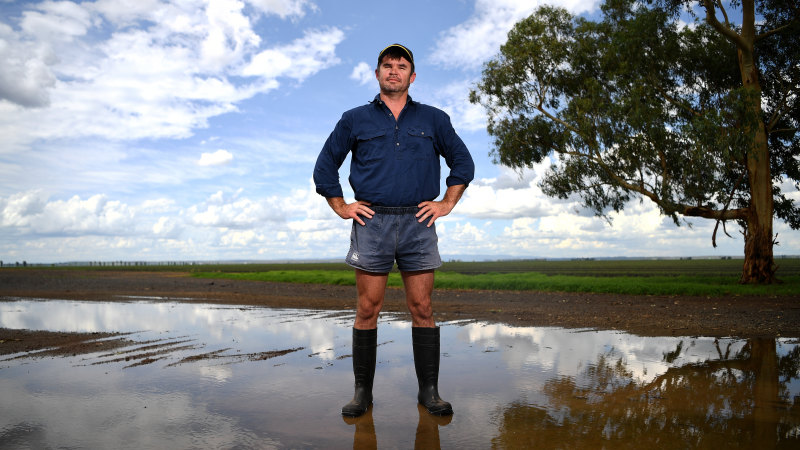 Mr Buckley has watched friends and neighbours pack up and sell off their farms over the past two years, as their dried-out land crippled their income.

“You would wake up and it would be the same blue sky and 35 degrees every day,” he said.

It has been a stressful time for many in the southern and western corners of the state, with consecutive seasons yielding increasingly poor results.

Like Mr Buckley, many farmers in the Western Downs had missed out on most of their summer crops.

If it was not for a 160mm downpour in January, Mr Buckley said his season would have brought nothing.

The rain reprieve gave him a chance to plant 270 acres of millet, which is mostly used in bird seed.

“It doesn’t rain money. We still have to plant a crop and wait six months for that,” he said.

But Mr Buckley said his community has come together to help each other through.

“You get together, make sure everyone is alright and they haven’t got the suicide watch in their head,” he said.

“It is concerning for some people, especially when they haven’t had a crop or income for two years.”

Previous Disconnected: Why markets are booming while the world reels from the coronavirus outbreak
Next Slowly, surely and quietly, electric vehicles are here – let the battle begin