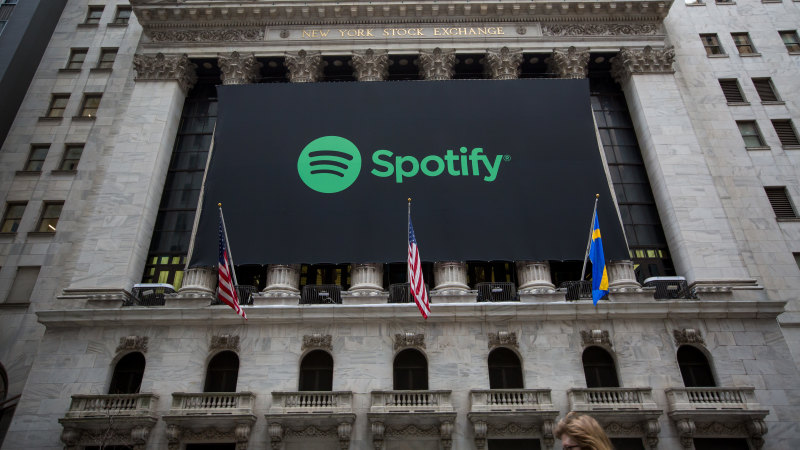 Spotify views podcasting as a business that can help it on the path to profitability. While the company has 124 million subscribers and its sales grew 24 per cent in the most recent quarter, it loses money because record labels, publishers and artists collect more than 65 cents out of every $US1 in revenue. Podcasting can boost Spotify’s advertising sales, and, eventually, could dilute the music industry’s take.

The deal is a windfall for Bill Simmons, a best-selling author who founded the Ringer in 2016 after a long run at ESPN as a columnist and on-air personality. The Ringer employs dozens of journalists who write for its websites, but appeals to Spotify mostly as a large network of sports and pop-culture podcasts.

Sports is one of the most popular genres on radio and in podcasting, and Spotify and the Ringer already collaborate on a daily show, “The Hottest Take.” Simmons’s namesake podcast is the most popular in the network, featuring interviews with professional athletes, celebrities, and, just this past week, Simmons’s old boss, Disney chief Bob Iger.

Simmons was the largest shareholder of the Ringer. HBO, a division of AT&T Inc., owned a 10 per cent stake. The deal requires Simmons to keep working at Spotify for some time, and also includes protections to ensure Spotify doesn’t cut much of his staff, said the person.

Previous Macquarie in talks with EG Group for Caltex bid
Next Vettel ahead of Hamilton for 2021: Ferrari