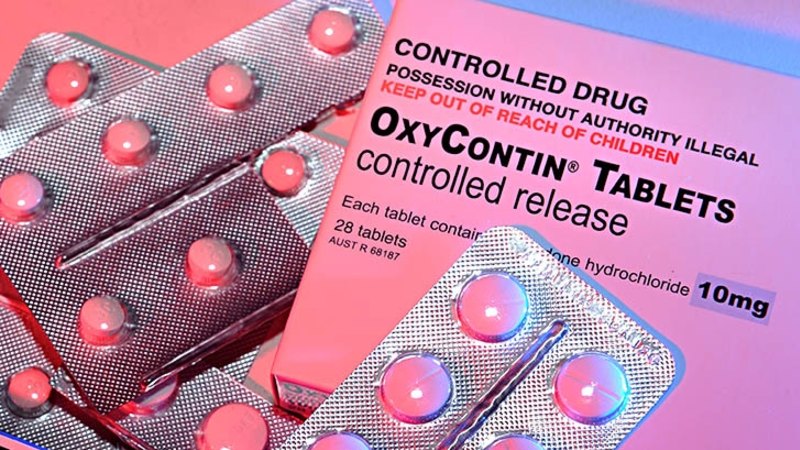 Months after the department’s third permit was issued in 2009, the patient – a 33-year-old security guard who had become addicted to prescription medication – overdosed at his Melbourne home. An inquiry by coroner Heather Spooner in 2014 found he had been prescribed oxycodone 22 times in 15 months by his GP – sometimes for 120 tablets at a time – along with a smorgasbord of other opioids, including pethidine, morphine, codeine and tramadol.

Ms Spooner took the department to task over the tragedy, which is one of many cases uncovered by The Age as part of an investigation into the rise of opioids in Australia. As revealed last week, Australia had almost 8500 opioid-related deaths in six years; drug companies are using aggressive marketing strategies to push their products; and more people have become increasingly dependent on prescription medication handed out by doctors.

While opioids can be useful in dealing with chronic pain or acute pain after surgery, as well as treating cancer patients and those in palliative care, they are also addictive and commonly abused.

But while much of the focus has been on the prescribing habits of GPs, Ms Spooner’s findings have also put the spotlight on the government and its permit system, which requires medical practitioners to get approval from the state if they wish to prescribe powerful “Schedule 8” drugs such as opioids, benzodiazapines and ketamine.

“The apparent lack of clinical rationale for prescribing daily oxycodone to treat intermittent migraine in turn led me to question why (the department) would grant the permits that enabled the prescribing,” Ms Spooner said.

In 2019 the department received 58,749 Schedule 8 permit applications and issued 51,086 permits.  But as the coroner’s inquiry highlighted, it is not known how many permits have been issued when medical guidelines suggested they should not have been.

Asked about the matter, the department said it overhauled its policies in the wake of the coroner’s findings, with doctors now warned that opioids should be used “with extreme caution” for headaches and with “great reluctance” for migraines.

But the revelations are potentially sensitive at a time when governments around the country are attempting to curb overdose rates and avoid a US-style opioid crisis in Australia. Victoria has been at the forefront of those moves, with a new prescription monitoring system, known as SafeScript, becoming mandatory in April.

Under SafeScript, doctors and pharmacists receive “real-time” information about a patient’s use of medication. The system is designed to reduce “doctor shopping” and also force GPs to consider alternative ways to treat patients, particularly if they are drug dependent.

Federal Health Minister Greg Hunt now wants the states to connect to an Australia-wide monitoring system within months. Coroners, families and GPs have been calling for an interconnected national system for years. Some drug companies, such as Mundipharma Australia – whose US affiliate Purdue Pharma is currently being sued over the US opioid epidemic – have also thrown their support behind the idea.

“Our view is national rollout of real-time prescription monitoring should be implemented across Australia without further delay,” a spokeswoman said.

Farrah Tomazin is a senior journalist and investigative reporter for The Age, with interests in politics, social justice, and legal affairs.