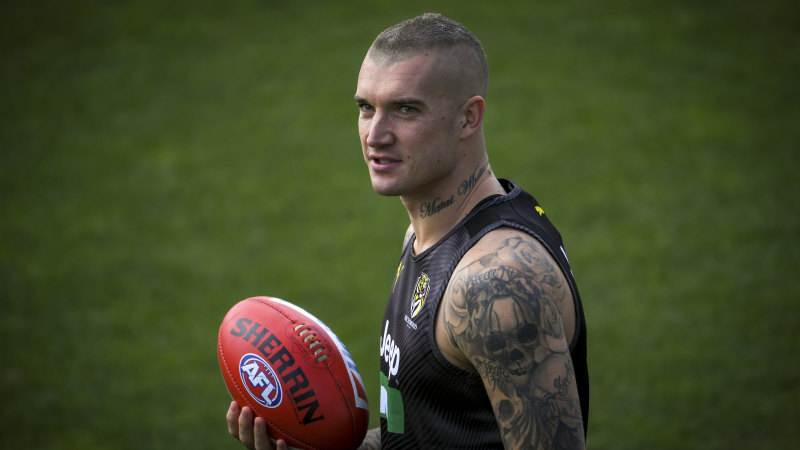 “I’m really grateful to be able to play a small part along with the rest of the guys in helping rebuild these people’s lives and communities.”

The two teams can now pick as many players as they want from each club after the AFL binned the previous three-player limit.

Fremantle Brownlow medallist Nat Fyfe and Carlton co-captain Patrick Cripps have been tipped to pull on the All-Stars jumper, while Geelong champion Patrick Dangerfield is a likely starter for Victoria alongside Martin.

“I’d love to play, I’ve just got to get picked,” he said this month.

“From my conversations with [Martin] he’s really keen to play too.

“I think he’s pretty keen to play at full-forward and kick a big bag of goals.

“I think all players are jumping out of their skins to be a part of the game.”

Victoria will be coached by two-time Richmond premiership mentor Damien Hardwick, with Sydney’s John Longmire to lead the All-Stars.

The full squads will be released on Tuesday.

Before Rocca joined Carlton’s staff, Casboult’s goalkicking accuracy was 48.4 per cent, but he has …