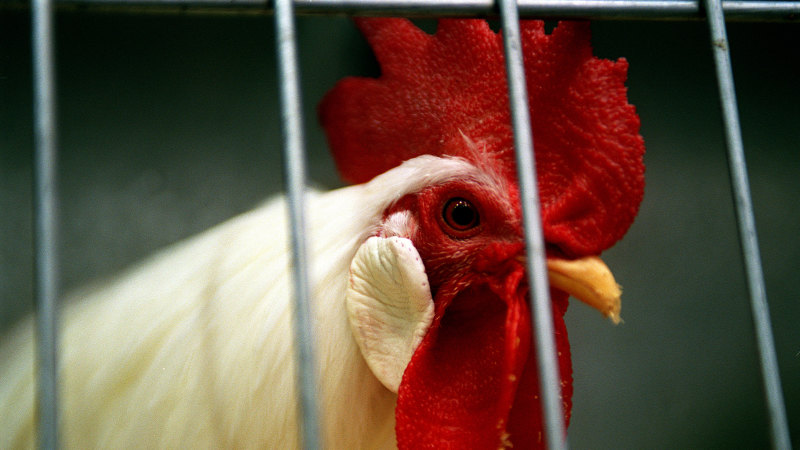 Seven inspectors, two vets and an animal attendant from the RSPCA were involved in the raid, as well as representatives from Macedon Ranges Shire Council, Brimbank City Council and local police.

Cockfighting is illegal in Australia, as is the possession of any equipment designed for cockfighting.

The RSPCA says roosters used in cockfighting are specifically bred for this purpose and are trained to be extremely aggressive towards other roosters, and can involve painful procedures which are often undertaken without pain relief.

“While all those involved in this investigation were pleased with the outcome, it is a shocking reality that cockfighting, a barbaric activity, continues to operate in Victoria,” she said.

The director of assets and operations at Macedon Ranges Shire Council, Shane Walden, said the council played a key role in identifying and providing intelligence that led to the execution of the RSPCA’s warrants.

“Cockfighting is an abhorrent and cruel activity leading to severe suffering of the roosters involved,” he said.

“Council takes a zero tolerance approach to animal fighting and works closely with RSPCA and Victoria Police to stamp out any identified cruelty to animals.”

The council will continue to investigate the conditions and structures at the property, he added.

In November last year, more than 100 roosters, hens and chicks were removed from two Victorian properties after a probe into illegal cockfighting.

The properties in Melbourne’s west were raided in early November. Inspectors found about half the birds had been allegedly mutilated and trained to fight each other wearing spurs.

Anyone with information is urged to contact Crime Stoppers on 1800 333 000 or submit a confidential report to www.crimestoppersvic.com.au.