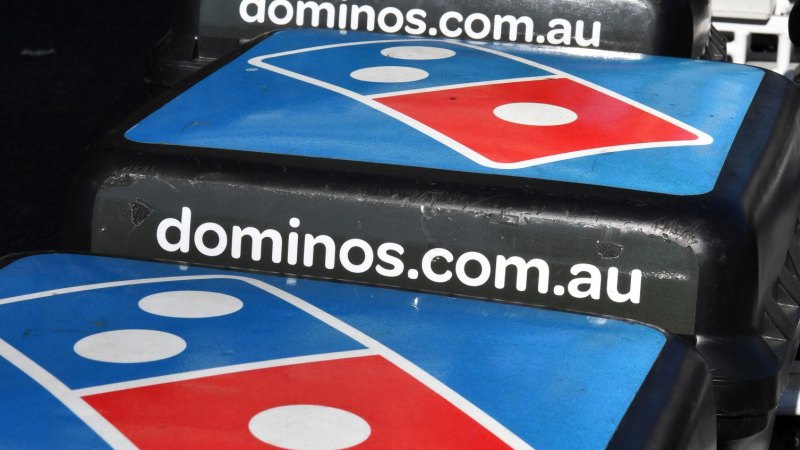 Domino’s has asked investors in the past to look beyond its mature Australian operations to its relatively nascent Japanese and Europe business, where growth has been rapid in recent years.

The latest half was no exception, with total sales in Japan increasing 12.2 per cent, or 6.1 per cent on a same-store basis. The company opened 42 new stores in the region, and earnings grew 10.6 per cent to $370 million. European sales grew 9.4 per cent to $617 million, with the company opening 37 new stores, with growth driven primarily by sales growth in Belgium, France, and the Netherlands.

Yet same-store sales across its entire network grew 4.1 per cent, missing analyst predictions of a 4.9 per cent boost.

“Short-term operational decisions” such as price increases reduced growth for Domino’s local stores, with Australia and New Zealand’s same-store growth only just meeting the company’s own target of 3 per cent, it said.

Earnings before interest, tax, depreciation and amortisation (EBITDA) in Australia and New Zealand edged up just $1.2 million on the prior half after Domino’s raised its pizza prices and bought stores back from franchisees, which inflated its operational costs.

Domino’s has embarked on a “fortressing” strategy, where it alters delivery boundaries of existing stores to be able to open new stores in areas that are already covered. The move is designed to boost sales, improve its brand recognition and reduce both delivery time and labour costs. Yet total sales growth slowed to 3.5 per cent from 6.2 per cent growth in the previous December half.

“The future of our business, and the wider quick service restaurant (QSR) industry, is delivered food ordered online,” he said in the earnings statement. “We have the expertise and are building the store footprint to capture this opportunity,” he added, reiterating the company’s plans to increase its number of stores by 7 per cent to 9 per cent and boost sales by 3 per cent to 6 per cent each year over the next three to five years.

However, the company’s capital expenditure for 2020 may exceed the $60 million to $100 million forecast due to more franchisee store acquisitions, investment in new stores, and new international head offices.