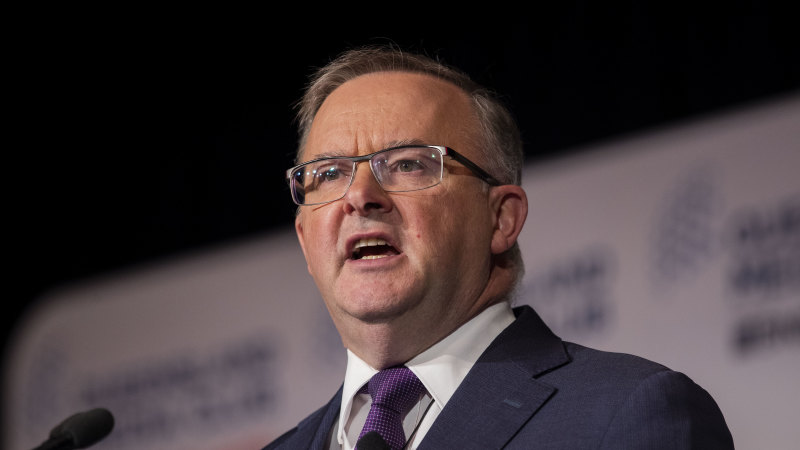 Labor will also keep its position of not relying on Kyoto carry-over credits to help meet emissions reductions targets and rule out funding new coal-fired power stations, or extensions of them.

Mr Albanese will declare Labor’s policy will be a “real target” with none of the “absurd nonsense” of carry-over credits.

The announcement comes a week after the emergence of a pro-coal faction within Labor – the “Otis Group” – which has exposed divisions within the opposition over climate policy.

The shadow cabinet met on January 29 this year to decide on the three main policies of the 2050 target, banning Kyoto carry-over credits and rejecting taxpayer funds for coal-fired power plants.

Sources told The Sydney Morning Herald and The Age the decision was unanimous but there was “plenty of discussion”.

Some in Labor’s Right faction were yesterday nervous about the decision to lock in the zero net emissions target, saying they didn’t know whether it was achievable without risking more job losses in the resources sector and driving power prices up.

In his speech at a Per Capita event, Mr Albanese will insist the policy will mean “more jobs, lower emissions and lower energy prices”.

He will also say the summer of catastrophic bushfires had changed people’s views on climate action, and “we’ve learnt a few things as a people”.

“The first is that we’re now living in dangerous times. The footage of the navy evacuating children from burning beaches will not be forgotten,” Mr Albanese is expected to say.

He will call for an end to the climate wars, saying Australians “just want to get this done”.

He will attack the Morrison government for using taxpayer funds for a proposed new coal-fired power station in Collinsville in Queensland and its continued use of Kyoto carry-over credits.

Prime Minister Scott Morrison recently flagged dropping carry-over credits if they are not needed, but the government has not ruled out their continued use.

With all states and territories already adopting a net zero emissions target by 2050, Mr Albanese will say the policy should be “as non-controversial in Australia as it is in most nations”.

“This will be a real target, with none of the absurd nonsense of so-called ‘carry-over credits’ that the Prime Minister has cooked up to give the impression he’s doing something when he isn’t,” Mr Albanese will say.

He will say there is nothing to stop private companies investing their money in coal-fired power plants such as the Collinsville proposal, but the reason they haven’t is because “it doesn’t stack up”.

“Everyone in the electricity sector knows that the only way a new coal power plant will be
built in Australia is through significant taxpayer subsidies, including a carbon risk indemnity that the Australian Industry Group estimates would cost up to $17 billion for a single plant,” Mr Albanese will say.

“Our position is clear – we won’t set new targets without being able to look Australians in the eye and tell them how we’ll get there and how much those policies will cost.”

Previous Government funds men’s behaviour change programs to tackle family violence
Next ‘It was horrendous’: Derailed train passengers were tossed around in crash