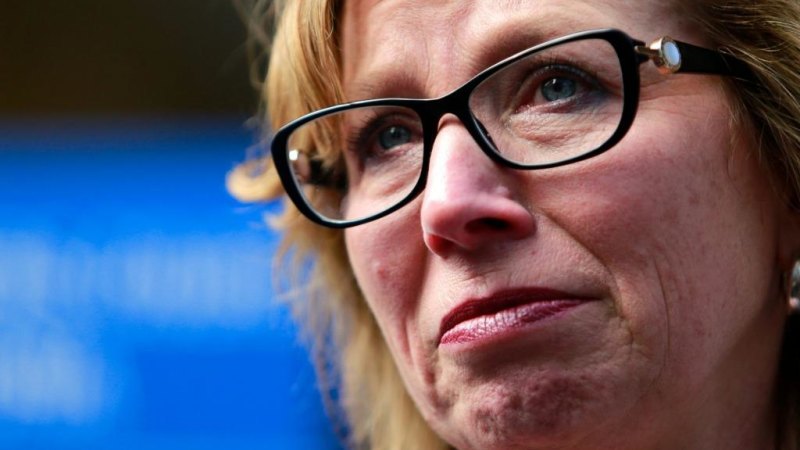 In 2014, Ms Batty’s 11-year-old son, Luke, was murdered by his father after cricket training.

Earlier this week, Ms Clarke and her three children, Aaliyah, 6, Laianah, 4 and Trey, 3 were murdered by her estranged husband in Brisbane, prompting an outpouring of community frustration and grief.

“This unspeakable act of violence should give pause for all our elected leaders to think deeply about their leadership on this epidemic,” Ms Batty said, adding she was “deeply affected” by the event.

“This horrific violence is beyond our imagination, comprehension and understanding. How could this happen? And yet it does. And it keeps on happening.”

In her statement, the 2015 Australian of the Year said the the family law court system was a “critical challenge” to be addressed.

“The decisions that are made through this system impact on the wellbeing of children dramatically and have the potential of placing children at further risk of harm or enabling them to reach their potential without fear and trauma impacting their development.”

She also reiterated her staunch criticism of a current parliamentary inquiry into the family law system, deputy-chaired by One Nation Senator Pauline Hanson.

Senator Hanson, who had long pushed for the inquiry, has previously said women make up claims of of domestic violence in order to win custody of their children. The comments were subsequently described as “appalling” and “not true” by the first-ever chief justice of the Family Court.

Ms Batty and women’s legal services also say the parliamentary investigation is delaying safety reforms that should be implemented immediately.

“The current family law inquiry has the potential to weaken existing safety protections in the system, when it is required to do significantly more.”

The federal government recently committed $340 million over three years to implement a fourth “action plan” to address violence against women and their children.

On Thursday, Prime Minister Scott Morrison said the deaths of Ms Clarke and her children “grieves our hearts terribly”.

“I am just so saddened by these terrible events,” he told reporters.

“Violence against women and children is abhorrent. It is as simple as that and we must never make excuses for these sorts of behaviours,” Senator Ruston said.