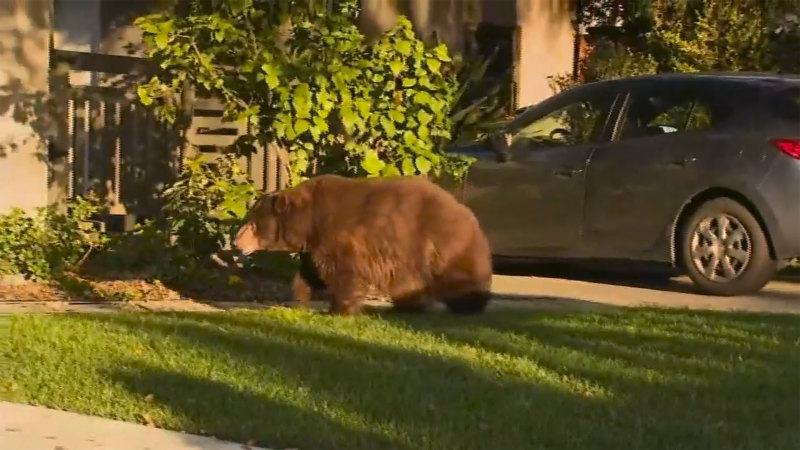 “One of our guys out on the scene described the bear as huge – about 400 pounds (181 kilograms) – female and older,” Daly said. “In the bear world, she would be described as elderly.”

The bear was otherwise fine, he said.

“It’s a little alarming how close and comfortable people were getting up next to this bear, but there were no incidents, so we’re happy about that,” he added.

It was believed to be the same bear seen a day earlier in Monrovia, where it’s not uncommon for animals to wander out of the sprawling Angeles National Forest above the city.

The city’s bear safety web page notes that bears emerge from winter dens and return to the foothills in search of food when the weather warms up.

That typically occurs in spring, but Southern California’s winter has been very mild. Temperatures climbed to 27C in the San Gabriel Valley on Thursday.

Monrovia’s most famous bear visitor was Samson the Hot Tub Bear, who took a liking to backyard pools in the 1990s. He eventually was sent to live in the Orange County Zoo.

Previous Russia is trying to help Sanders campaign, candidate warned
Next Once were royals: Prince Harry, Meghan to undergo rebrand