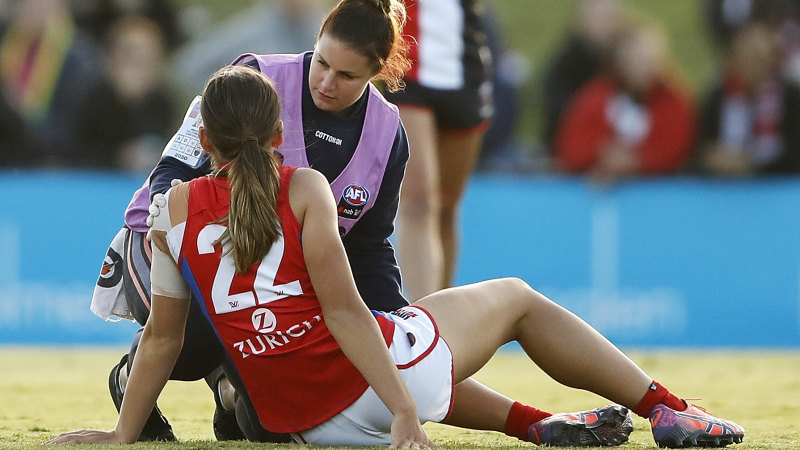 “You just feel for the player, regardless of what jersey they’re wearing, that’s a pretty tough injury to come back from.

“I was actually a little bit disappointed we didn’t stop the game because she was kind of in the middle of it.

“I was next to [Demons captain] Daisy [Pearce] actually and I was like: ‘Do we need to stop?’ And she said: ‘You’ve just got to keep going’. It’s not nice to see anyone go down like that.”

The Demons also lost Irish rookie Sinead Goldrick to concussion in the second quarter, leaving her in doubt for Friday night’s clash against Collingwood at Marvel Stadium.

The Saints, in their maiden AFLW season and $101 with bookies to win the flag, stunned the Demons, who had emerged as a premiership favourite after their round 2 win over the Western Bulldogs.

Previous From the Archives, 1986: Fugitive ‘Mad Max’ dies in shootout
Next Kementari ‘bouncing around’ ahead of return