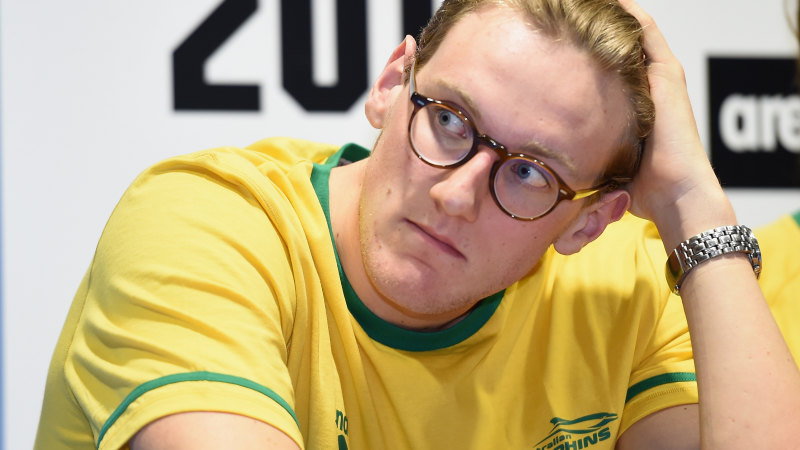 “Mack is a very focused athlete. Nothing worries him. It won’t have any impact on his preparation whatsoever. For him, this shouldn’t be a drama,” Verhaeren said.

“Of course people have an opinion. I’m genuinely not informed enough on the rationale, so it’s best to leave it at that.”

Senior swimming coach Michael Bohl, who looked after Horton at the World Championships, said Horton was so used to tuning out of drama that his gaze wouldn’t have shifted off his one and only goal this year, which is defending his Olympic crown.

“I had the good fortune of looking after Mack coming in and Mack’s mindset is just unbelievable, so I think a thing like this isn’t really isn’t going to effect someone like Mack,” Bohl said.

“Mack is 100 per cent focused on getting a result in Tokyo and there’s going to many other things pop up over the next 20 weeks that will potentially get in the road. But for the kids that are really fixated on getting the best out of themselves, it will be a storm in a tea cup.”

Backstroker Mitch Larkin, one of Horton’s close friends on the Dolphins squad, said Horton was tough enough to withstand the backlash from Rio and his podium protest, so a debate about a pool naming was unlikely to rattle him.

“I’m aware of it. I haven’t actually spoken to Mack personally on it but I know Mack very well. He’s almost a best mate of mine and I roomed with him last year in Gwangju (South Korea),” Larkin said.

“He’s a tough guy and he’s a clever man and for an Olympic preparation, he’ll let nothing distract him. He’s got some big goals, some big aspirations for the year as well, I know he’s in full work at the moment and all eyes are on Tokyo for him so I don’t think it’ll affect him too much.”

Previous Two detained after car rams into crowd at German Carnival parade
Next WA Treasurer Ben Wyatt to stand down, will not contest next election

“It wasn’t about coming here. It was about how he’s travelling. “Any player of that …