Hurry up: BBL urged to introduce a countdown clock

admin February 25, 2020 Sport Comments Off on Hurry up: BBL urged to introduce a countdown clock 29 Views 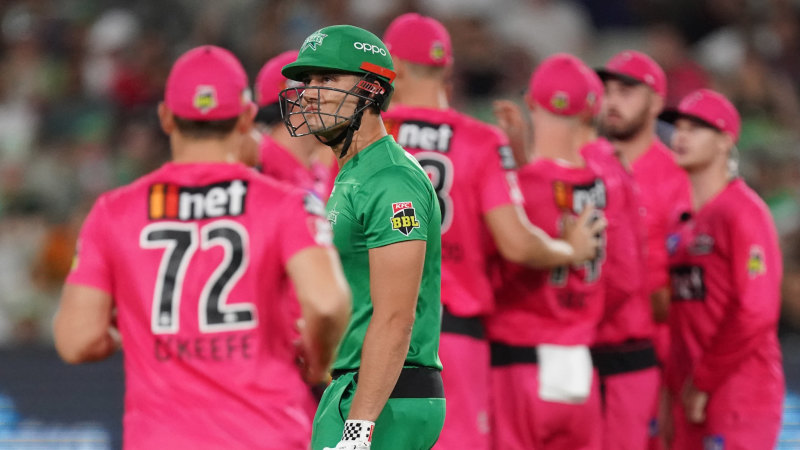 “If the game is going longer than an AFL game, then it is going too long,” McKenna said.

“The time-out adds minutes. That may be necessary but then you have to compensate. You have got to get players on and off the field faster. When they first started, players ran on and off to change over. They sat in dug outs and got on and off quickly. Now everyone is thinking about every ball, a lot of pre-planning going in.

“One of the things I suggested to the review is a countdown clock. This would be a visible clock to the players and fans to count down time in an innings, and there is a significant penalty for not getting through your overs in time.

“My suggestion is you have to throw the ball for every over after completion time to a player who hasn’t bowled to date. That might mean you have to roll over a few ‘duds’ right at the end of an innings, which makes a big difference. If I was a captain, I would be getting through my overs in time.”

However, club officials point out batsmen can also be to blame for wasting time at the crease, including when they fiddle with their equipment.

McKenna said the BBL was going through the same growing pains as some overseas football leagues, including Major League Soccer in the US, had.

“It’s probably a little bit of taking your eye off the ball – what made the thing so successful in the first place, the really fan-focused approach to putting on the game, the fan engagement and the marketing,” he said.

“I think it has become a little bit serious. It needs to be serious on the field but the whole marketing effort and promotional push needs to be around families and what will attract them and keep them entertained. I sense the at the moment the seriousness of the game means it takes longer to play, players are more engaged with each other than the fans, and that the clubs and state associations are perhaps seeing it as the job being done and are looking to take some profit out of it.”