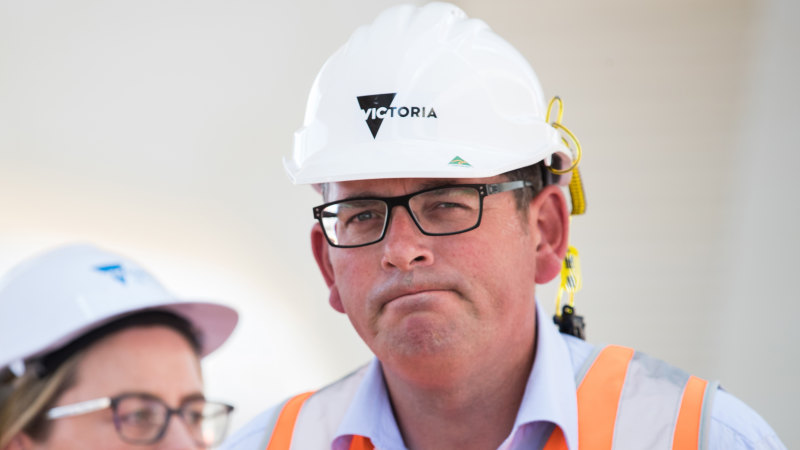 Premier Daniel Andrews said “rogues” had been storing large amounts of toxic chemicals that had resulted in massive fires.

“That’s a direct risk to public health and public safety,” he said.

About two years ago a massive chemical stockpile caught fire in West Footscray sending thick clouds of acrid smoke across the city and polluting waterways.

Last year another toxic blaze broke out in a warehouse in Campbellfield, which also caused extensive environmental damage in the local area.

There will also be $30 million for research and development into recycling. The money will go towards creating new products from recycled materials, including glass, plastics, concrete, bricks and rubber.

The government will pay $1 for every $3 contributed by businesses wanting to increase their recycling activities.

On Monday the state government confirmed it would introduce a cash for cans and bottles scheme that will begin in 2023.

However, it remains unclear exactly how the container deposit scheme will work.

Victoria’s kerbside collection system was thrown into chaos when recycling giant SKM collapsed after China dramatically restricted the amount of contaminated recycling material it was willing to accept from Australia.

The latest round of funding includes $10 million so that businesses will be able to access waste to energy operations to minimise the amount of rubbish sent to landfill.

Universities and councils will be eligible for $7 million to support more research.