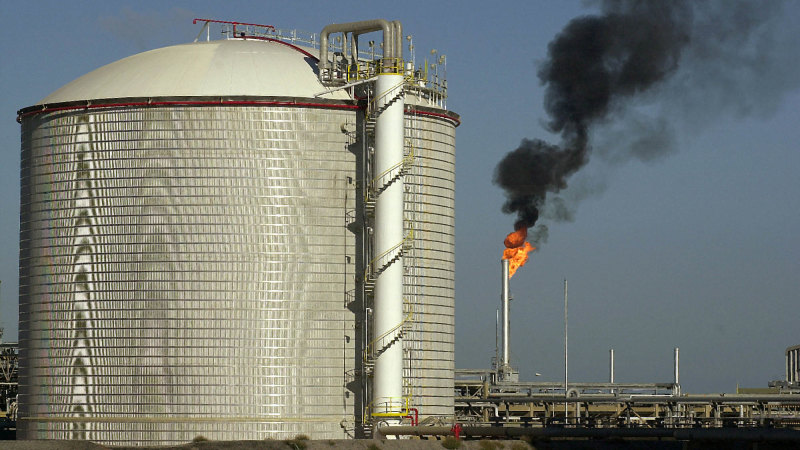 “This is a demonstration of the insecurity we face, which is also present in the oil fields and undoubtedly impacted production,” Bodas said, adding that other members of the San Ramon’s crew were missing.

Crime has become a growing problem for the OPEC member’s moribund oil industry during the six-year economic crisis that plunged the country into hyperinflation and shortages of basic goods. So-called pirates sometimes ride boats into muggy Lake Maracaibo, in eastern Venezuela, to steal equipment from oil wells, while in the Paraguana Peninsula, opposite the Caribbean island of Aruba, slum dwellers have been known to break into refineries to rob machinery, construction tools, and cables to sell as scrap.

Authorities have not provided official information about Monday’s incident.

Neither Venezuela’s state oil company, PDVSA, nor the country’s oil or information ministries responded to requests for comment. Neither the Puerto La Cruz port authority nor Venezuela’s INEA maritime authority answered the phone on Tuesday, a national holiday.

The Mexican-flagged San Ramon has not transmitted its location since December 10, when it was in the port of Manzanillo in Mexico, according to Refinitiv Eikon data. The owner of the tanker could not immediately be established.

The United States is preparing to impose more sanctions on Venezuela’s oil sector, in an attempt to choke financing to President Nicolas Maduro’s government.

It imposed sanctions last week on Rosneft Trading, as a key intermediary for the sale of Venezuelan oil.

Some firms and countries take Venezuelan oil as repayment of loans or late dividends.

India and China are important buyers of Venezuelan oil, with India importing about 342,000 barrels per day in 2019, according to tanker data obtained by Reuters.