admin February 26, 2020 Environment Comments Off on Global finance leaves Australia behind in the march to net-zero emissions 13 Views 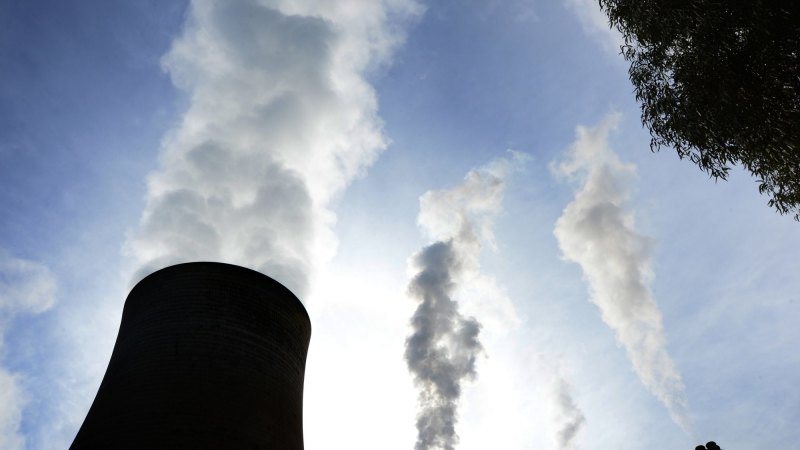 Rather than another decade of climate wars, perhaps we should hand our energy challenge to an independent Climate Transition Commission, supported by the Reserve Bank.

In  the meantime – while our political leaders duck, weave, and dawdle – business, civil society and regulators are accelerating their response globally. The finance sector is starting to measure climate risk and to recognise the threat of a climate-induced global financial crisis.

I feel this personally. A dozen years ago, I chaired the Asset Owners Disclosure Project, which surveyed, rated and ranked the Top 500 global asset owners – sovereign, pension/superannuation, insurance funds – on their recognition and management of climate risk. The initial pushback was considerable, which was disturbing. With $US45 trillion ($68 trillion) under management, they had invested more than 50 per cent in climate-exposed investments (wider than just fossil fuels), and less than 2 per cent in low-carbon investments.

That was, roughly, a 50:2 punt that there would not be a climate-induced GFC. Subsequently, Hank Paulson, secretary of US Treasury at the time of the GFC, claimed this risk “dwarfed” the risk run in the sub-prime induced financial crisis.

Now, with the increasing focus of the global Financial Stability Board, led by Mark Carney of the Bank of England, and the Bloomberg Task Force, finance is accelerating towards compulsory disclosure of climate risks. Our financial regulators, including the Australian Prudential Regulation Authority, the Australian Securities and Investments Commission and the ASX, have begun to recognise these risks, and directors’ responsibilities.

The International Renewable Energy Agency estimated in 2017 that the value of stranded fossil fuel reserves at some US$18 trillion globally.

Another GFC would cause a collapse of growth and employment that would dwarf any adjustments in an effective transition to a low-carbon society. The Bank for International Settlements has stated that “central banks may have to … intervene as climate rescuers of last resort”, taking over stranded coal mines and coal-fired power stations to fulfil their mandate for financial stability.

Our Reserve Bank has been very late entering the climate debate. It still needs to recognise its fundamental role in the development of an effective transition. As a member of Network of Central Banks and Supervisors for Greening the Financial System, it is in a position to lead globally. Our banks and other financial institutions can be stress-tested and monitored, by the likes of APRA and ASIC, in relation to their climate exposures. But, the RBA has the overarching responsibility to manage systemic risks to ensure financial stability.

Financial markets are close to a tipping point on climate. Early signs are there, momentum is building quickly and it could be dangerous if not effectively priced into markets. Shocks are inevitable; financial transitions won’t be smooth. While our government is addicted to coal and other fossil fuels, how long can the RBA fail to call it out, emphasise the risks, and demand action?In the event of another GFC, what would the RBA have to say for itself at the inevitable royal commission in about 2025?