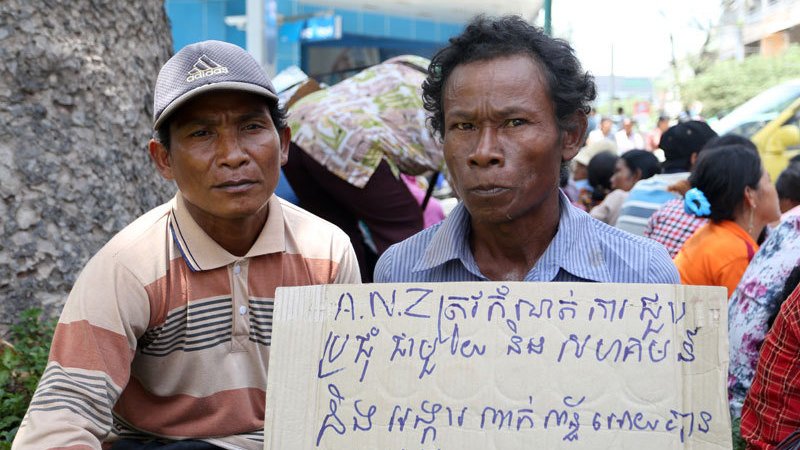 The initial complaint, filed by NGOs Equitable Cambodia and Inclusive Development Cambodia, said the report commissioned by ANZ Royal Bank to examine the environmental and social impacts of the project flagged the need for a more thorough investigation, yet this never occurred.

The complaint was picked up by the Australian National Contact Point, a little-known Treasury division responsible for overseeing the nation’s corporate commitments to the Organisation for Economic Cooperation and Development, in 2014. It later found it was “difficult to reconcile” ANZ’s decision to take the sugar company on as a client due to the “readily apparent” risks associated.

“There is some doubt in this case around the extent to which ANZ’s actual business practices aligned with its stated approach to human rights,” the ANCP’s 2018 report found.

ANZ agreeing to contribute the gross profit it earned from the loan to the affected families has created an important precedent for the banking sector.

In February, ANZ met with the Cambodian families and acknowledged that its initial due diligence before making the loan had been inadequate and its efforts to pressure the sugar company to make up for its human rights breaches unsuccessful. ANZ recognised the continuing hardships faced by the affected communities and committed to reviewing its human rights policies, including its customer social and environmental screening processes.

“Both organisations look forward to working with ANZ to continue to align its human rights approach with the OECD Guidelines and Multinational Enterprises and the UN Guiding Principles on business and human rights,” the ANCP statement said.

“ANZ agreeing to contribute the gross profit it earned from the loan to the affected families has created an important precedent for the banking sector and we congratulate ANZ on becoming a global leader regarding an agreement of this kind,” Oxfam chief executive Lyn Morgain said.

Previous From the archives, 1920: The (mis)Adventures of George Oliver Bartlett
Next Old convictions for minor crimes to be wiped from the records