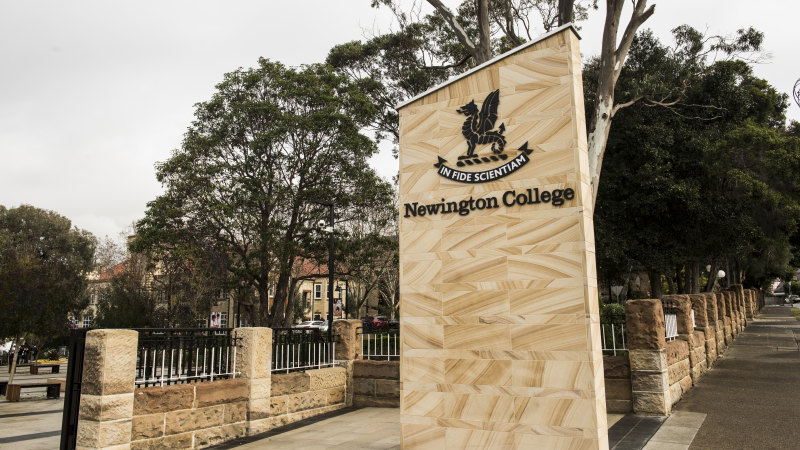 The staff member who sent the initial obituary had “heard second hand that there were some allegations and he was of the understanding that Mr Ellicott had been cleared”, headmaster Michael Parker said.

In a statement emailed to the school community on Thursday, Mr Parker said the school had received two allegations of child sexual abuse against Mr Ellicott in response to the royal commission in April 2015.

The statement comes after the Herald put a series of detailed questions to the school asking about its involvement in police investigations into Mr Ellicott, and about his donation records in recent years.

Another student officially reported Mr Ellicott to Newtown Police in May 2018 over an interaction he had as an 11-year-old in 1981, emails seen by the Herald show.

Police obtained latest contact details and staff records from Newington in June 2018 and then visited Mr Ellicott at his home, where he denied the allegations.

“I made a complete police report and the police went to see him but it was my word against him,” the former student, who asked not to be named, said. “That school failed me and many others.”

Another former student also made an anonymous complaint to police in 2018 but did not file an official report.

“Let me first say we are deeply ashamed of the criminal behaviour of a few Newington College staff members over the last half-century, but we are also proud of the open and honest way we have handled allegations in recent years,” Mr Parker said on Thursday.

“Since the email, several old boys have contacted the college with allegations of sexual touching by Mr Ellicott, which we believe are credible. We are torn between the usual right of parties to be heard and the deep feelings and hurt in the memories of multiple students over two decades.

“I have been apologising to them privately and do so again publicly here.”

The school acknowledged Mr Ellicott gave two donations to its foundation in 2018 and 2019.

“In light of events this week we will donate the equivalent amount to a survivors’ support charity, as yet to be determined,” Mr Parker said. “We cannot correct the failings of our past, but we can be vigilant in apologising for them, working with survivors, and ensuring that this never happens again.”

Natassia is a journalist for The Sydney Morning Herald.

Previous Victorian universities offer fee discounts for Chinese students affected by coronavirus
Next After a scorching summer, Queensland is set for a dry autumn

Saturday was Queensland’s coldest ever May day