admin February 27, 2020 Victoria News Comments Off on Toxic landfill in St Albans has been known and not talked about for years 35 Views 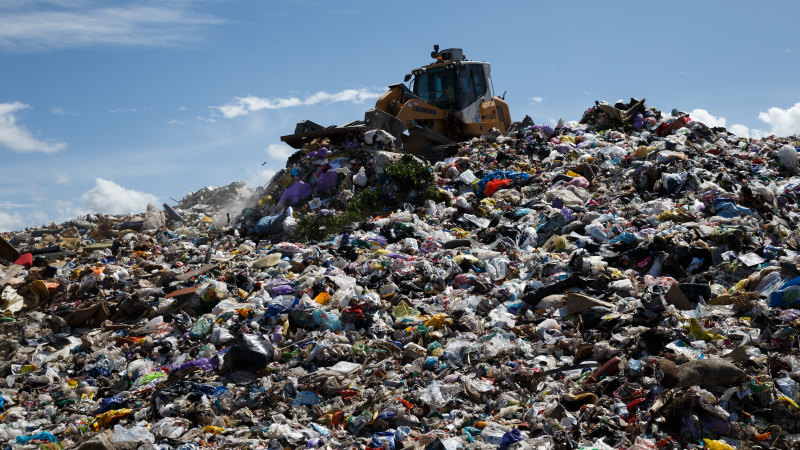 The confidential advice to the council found the EPA was open to a potential claim for negligence for the agency’s “continued failure” to disclose the extent of the problem to residents. It said the EPA had demonstrated a “failure to discharge its statutory duty and exercise powers … to protect human health and the environment by reducing the harmful effects of pollution and waste”.

The landfill site, which operated from 1967 to 1978, contained seven large pits, some as much as 21 metres deep, which were filled with waste after a quarrying operation ended. The location of the pits used to appear on Brimbank’s planning scheme but in 1999 the council removed that information without explanation, meaning developers and residents had no official notification the pits were there.

However, the report says the council had “continuous knowledge” of the site because businesses and local residents regularly encountered problems when they were trying to build or excavate. This meant the council could be sued for negligence, the confidential advice says.

“Brimbank City Council is liable to a cause of action in negligence for its failure to amend the Brimbank Planning Scheme … to disclose the location of the Sunshine Landfills to innocent purchasers,” according to the advice.

Some residents were told about the potential toxic waste problems in 2011 and 2012, but since then a quarter of the properties have been sold “without any disclosure of the impact”.

“In our opinion the Brimbank City Council’s failure to amend the Brimbank Planning Scheme to alert prospective purchasers and developers of the extent of the Sunshine landfills since 29 July 1999 is a continuing negligent omission,” the report to the council said.

However, a large number of people who might have been affected cannot sue for negligence because there is a six-year limit on such claims.

Following a survey of historic reports about the landfill site’s operation, the council report also recounted an incident from 1978 when a “plume” of toxic contamination leaked out via the groundwater into Port Phillip Bay.

On February 18, the council published a bulletin on its website informing residents that there had been a tip beneath their homes, but did not reveal the nature of the waste in the former landfill site, including the presence of radioactive waste and poisons. Its report referred to “municipal and industrial solid and liquid wastes” and added that “the landfills were not lined”.

The council’s director of city development, Kelvin Walsh, said in a statement that the council had implemented all the recommendations from the 2013 report relating to vapours and landfill gas. Further testing in December 2019 and January this year “confirmed that the risk to human health of residents and workers is low,” including for people who have lived in the area for 20-plus years.

The council said the recent review had begun because people in the affected area were applying for permits for medium density developments for the first time, which has “culminated in the full disclosure of information”.

The information obtained by The Age forms part of a “confidential” briefing compiled by the Brimbank City Council ahead of what are expected to be a series of potential lawsuits and claims for compensation.

The council statement said it had informed its insurer of the problem and that “any claims will be properly assessed and dealt with through Brimbank City Council’s governance processes”. It has not ruled out acquiring people’s properties.

The council has not estimated how much it might cost to entirely clean up the contaminated site of the former Sunshine Landfills.

However, reports to councillors said potential remedies could include payments to residents, decontamination of the land, buying back private land or undertaking mitigation work.

A spokesman for the EPA said it would “continue to oversee and regulate Brimbank City Council’s management of the closed Sunshine Landfill site, to ensure the land is safe for the community”.

Michael Bachelard is The Age’s investigations editor. He has worked in Canberra, Melbourne and Jakarta as Indonesia correspondent. He has written two books and won multiple awards for journalism, including the Gold Walkley in 2017.

Previous Leap year babies: Meet Abbey and her 18-year-old nan Margaret
Next All go at hand sanitiser factory amid a crisis ‘bigger than Ben-Hur’