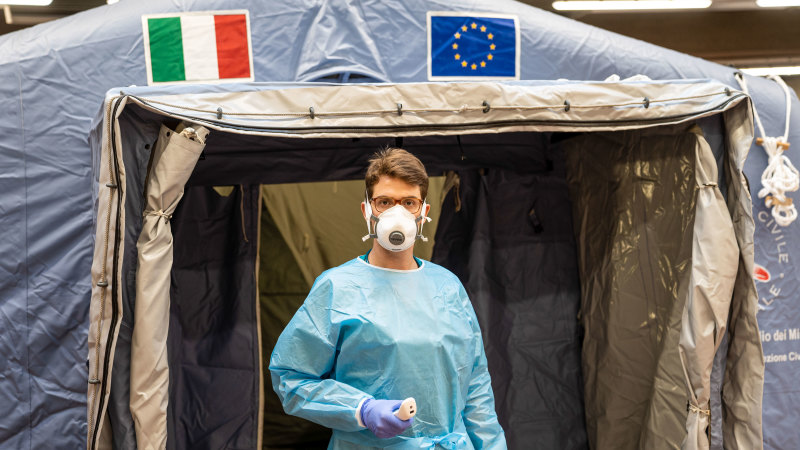 Venice: The number of coronavirus infections in Italy has surged to 650 as French President Emmanuel Macron warns Europe is “only at the beginning” of a major health “crisis”.

Having earlier this week predicted new cases from an outbreak in northern Italy would stabilise, the Italian government on Friday Australian time announced total cases had grown to 650 – up from just three one week before.

Nearly 250 are being treated in hospitals, 56 are in intensive care and about 280 at home in isolation. About 50 had been treated and cured but 17 – all elderly citizens – have died in the days since the cluster took off in a group of towns in the country’s northern Lombardy region.

Cases in France more than doubled in a day to 38 and also grew substantially in Germany. New infections were reported for the first time in Denmark, Estonia, Norway, Romania and The Netherlands. Twenty one European nations have now recorded one or more cases.