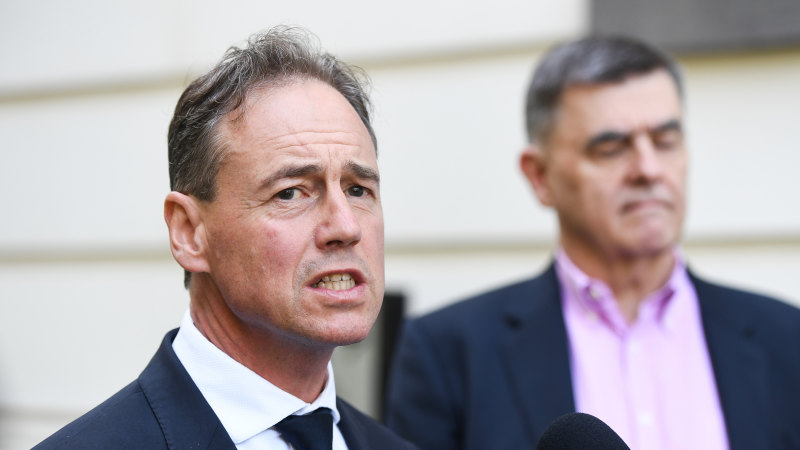 As with the existing travel restrictions to mainland China, Australian citizens, residents and their immediate family will still be able to come back to Australia from Iran, but they must self-isolate for 14 days.

Mr Hunt said there were “very specific characteristics” about Iran that led to the imposition of the travel ban, pointing to the “high death rate” from coronavirus in the country. The Health Minister told reporters in Melbourne on Saturday there was likely to be a significant number of undetected cases in Iran that may not be picked up on departure.

Professor Murphy said Iran “would seem to be the highest risk outside of China” with cases “exported” to a number of countries.

On Saturday, there were about 388 coronavirus confirmed cases in Iran, with 34 confirmed deaths. However, there are fears many more people have been infected. The BBC reported that hospital sources say at least 210 people have died.

The Iran ban comes as Queensland authorities confirmed a 63-year-old Gold Coast woman who recently returned from Iran had been diagnosed with coronavirus. The woman, who is a beautician, saw between 30 and 40 clients on Thursday before she went home sick.

Queensland chief health officer Jeannette Young said the risk the woman had infected anyone else was “incredibly low” because she had taken swift action after identifying “minimal symptoms”.

As of Saturday, Mr Hunt said there were more than 85,000 confirmed cases of coronavirus worldwide, with more than 2900 deaths. Mr Hunt stressed the disease had now spread to 58 countries, including New Zealand, Mexico and Iceland.

“The spread continues on a very significant basis.”

There have been 25 cases of coronavirus confirmed in Australia. This includes a man in a serious but stable condition, and a woman in a stable condition, in a Perth hospital, after travelling on the Diamond Princess cruise ship. The total number of Australian cases also includes 15 people with a direct or indirect link to Wuhan in China, who are all reported to have recovered.

Mr Hunt said his advice to Australians was “please proceed with your lives”.

He said the unanimous advice of health officers around the country was “the community is safe, at this stage”. The Health Minister added while Australia was not “immune”, it was as “well prepared as any country in the world”.

“Ultimately, we will get through this.”

Asked if Australians should be stockpiling supplies, Professor Murphy said he did not think it was appropriate at this stage, specifically cautioning against stocking up on face masks.

Australia’s travel ban in place for China was last updated on Thursday and lasts until at least March 7.

Previous Higgins’ return will be emotional: Cotchin
Next Dockers too much for Blues in the west