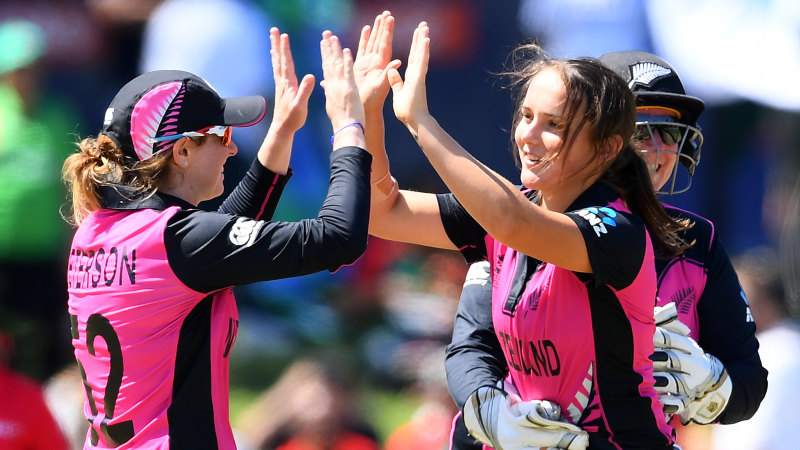 The White Ferns had been in control at 2-66 but lost 7-25 in one of the more astonishing collapses. Bangladesh off-spinner Salma Khatun (3-7 off 2.2 overs) and medium-pacer Ritu Moni (4-18 off 4 overs) had pivotal roles on a dry pitch which suited the Tigers.

White Ferns skipper Sophie Devine had insisted at the toss of the coin that her side was focused on Bangladesh, and not Monday’s clash, but that seemed questionable as the wickets fell. The White Ferns’ top four batters reached double figures, with Rachel Priest top scoring with 25, but they could not deliver the steadying innings their team needed.

This shaped as an historic moment for Bangladesh, for they had been winless in their opening two matches of this tournament and have not advanced to the finals in their three appearances in T20 World Cups, winning only two matches. However, the Tigers are the reigning Asia Cup champions, having beaten India in the 2018 final.

The question was always going to be whether they had the required composure to complete victory. They began well enough but, in a 10-minute span, went from cruising at 2-32 to having key batter Nigar Sultana Joty, unbeaten on nine, forced to retire after a top edge crashed into her throat, to 4-37 in the 12th over care of two needless run outs.

The White Ferns lifted in the field, through their efforts and voice, and began to assert their authority. When Hayley Jensen (3-11) trapped Rumana Ahmed lbw playing across the line, the contest was there for the taking for the White Ferns.

Joty returned to the crease but the White Ferns strengthened their hold with a succession of wickets, Jensen claiming player-of-the-match honours, to avoid what would have been one of the low points in their proud cricketing history.