‘Buy a ticket and just hit it’: Nabbout’s strike breaks the shackles

admin 4 weeks ago Latest News Comments Off on ‘Buy a ticket and just hit it’: Nabbout’s strike breaks the shackles 19 Views 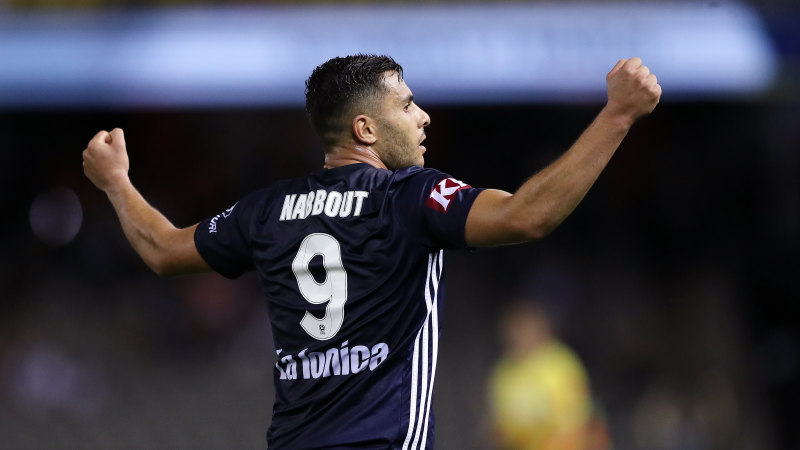 Nabbout, his eye sporting a bandage on Sunday after he sustained a heavy knock and cut through a head clash, has looked out of form through much of the season. Saturday night’s strike was only his fifth goal of the season, while a measure of his form slump is his shots on target ratio, which even now only stands at 16 from 51 attempts.

Nabbout has a habit of smashing home spectacular finishes when he does find the net, and is confident the late win over Adelaide can turn his team’s season around.

”We have been under the pump, we have not had the season we expected,” he said.

“We needed that to get the monkey off our back and make that storming run into the finals.”

In Carlos Salvachua’s first match in charge against Adelaide United in mid-January, Nabbout finished the match in tears, frustrated and embarrassed by the number of straightforward chances he missed as Victory slumped to a 1-0 loss.

This time the tears were of joy, the coach explained.

“He finished crying last game remember in Adelaide and today as well, but in a different way at the end,” Salvachua said.

“He’s a good boy and he needs this kind of moment. For me, one of the important things was how we celebrated the goal, all the staff together on the bench and all the players and all the fans together.”

Marco Rojas also got his first goal for Victory since rejoining the club, and Salvachua is expecting him to play a key role in the final weeks of the campaign as Victory look to turn their season around, continuing with another must-win game against Sydney next weekend.

”We hope (for) more of him,” Salvachua said.

“He did a really good performance, but he can do more, he needs more games with the team. As well (new signing Giancarlo) Gallifuoco is just playing for us, he started the competition with another club. Now we need bodies with this attitude and like these players.”

Salvachua will regain right back Storm Roux for next weekend’s game, while long-injured back-up goalkeeper Matt Acton is also close to returning to action. But there are some concerns about left back Adama Traore, who was substituted against the Reds.

The coach believes his team’s attitude gives them a chance to make a finals tilt despite the fact they are down in ninth position on the ladder and have won only five games.

“Winning or losing, we are working hard trying to develop the players, trying to improve. Now, hopefully with another four training days, maybe we can win as well against Sydney FC next week.”