‘You can’t spin this’: Labor accuses Morrison of deception over sports funding program 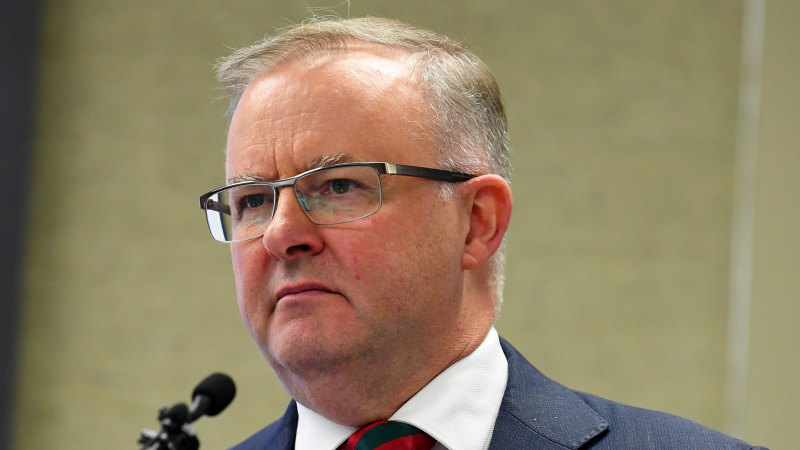 The government had gone into caretaker mode at 8.30am that day when then governor-general Peter Cosgrove dissolved Parliament upon Mr Morrison’s advice, but the emails suggested decisions on the sports program continued to be made.

The Australian National Audit Office told the Senate hearing on Monday night Senator McKenzie’s office sent a letter with attachments to the Prime Minister’s office at 12.21pm on April 10, after which one project was removed and another added.

Labor claimed this was “the first direct evidence” that Mr Morrison’s office had a direct role in the decisions.

The audit office previously confirmed Senator McKenzie’s office sent a version of the colour-coded spreadsheet to Sport Australia at 8.46am on April 11.

In a new development, the office told the hearing an updated version of the spreadsheet was sent to Sport Australia at 12.43pm on April 11, after the caretaker conventions were in place.

The government argued last week the final decisions were made on April 4 and Mr Morrison was not the decision-maker, given Senator McKenzie oversaw the program and had final authority on the grants.

Mr Albanese cited the new details to declare Mr Morrison’s claims about the program were false.

“The Prime Minister last week claimed that this was all done on April 4. We know this is not true,” Mr Albanese told the Labor caucus meeting on Tuesday.

“You can’t spin this. Morrison just lies. It is not conceivable that when he gave answers last week that he didn’t know these facts.”

Finance Minister Mathias Cormann said Labor was making “outrageous” allegations about the program, including the claim the decisions had been back-dated to April 4, something he and the government have denied.

Senator Cormann said the final approvals were made by Senator McKenzie as the decision-maker on April 4.

“I’m led to believe that any subsequent communications related to announcement arrangements in the usual way,” he told the Senate committee on Tuesday morning.

“As the Minister for Finance I had no involvement and no visibility in relation to the decisions to allocate funding to specific projects under the sports grants program.”

Mr Morrison stood by his earlier statements to Parliament for weeks and to the National Press Club in January that he did not make the final decision on grants and his office passed on “representations” from MPs and others about where money should be spent.

“As I said at the National Press Club, my office provided information based on the representations made to us [and] information about other funding options for programs relevant to project proposals,” he said.

“Authorisation of the projects was provided by the minister for sport – she was the one authorised to provide those authorisations, and that’s what she did.”

Mr Albanese told Parliament the government should release the report by the secretary of the Department of Prime Minister and Cabinet, Phil Gaetjens, who wrote an assessment on the sports funding program but did not appear to have access to all the colour-coded spreadsheets.

“This absolutely stinks. We will pursue it because taxpayers demand transparency and demand a government that represents the nation,” Mr Albanese said.