Blues look to McGovern to lead the way up forward

admin March 5, 2020 Sport Comments Off on Blues look to McGovern to lead the way up forward 16 Views 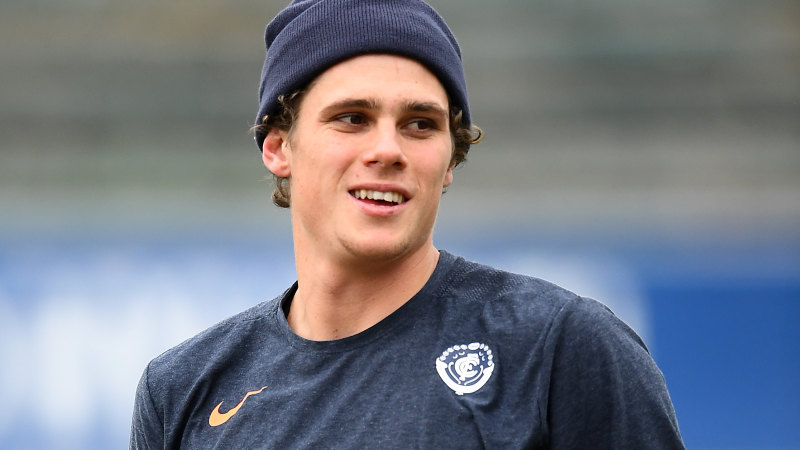 The Blues, as forwards coach Cam Bruce pointed out on Thursday, have an attack that, when healthy, boasts several potent options but the two pillars – Harry McKay and Charlie Curnow – are either not fully fit or injured. Curnow, recovering from a second patella injury, is not expected to return until after the mid-season bye while McKay has all but been ruled out of the round-one clash against Richmond because he does not yet have match fitness.

That means McGovern, in his second season with the Blues, having crossed from Adelaide, needs to become a consistent marking threat alongside Levi Casboult, and will look to be that against the Lions at Ikon Park on Sunday evening in the second – and final – Marsh community series match.

Bruce said the high-performance staff had done an “amazing” job in having McGovern at full fitness.

“He [McGovern] is very important. Levi has been shouldering a fair bit of the responsibility from a key forward role over the majority of the pre-season,” he said.

“We saw what Mitch is really capable of when he gets a really good block of training in, as he did at the end of last season. He is such a smart player and our forward line functions a lot better when he is in there.”

McGovern’s 2019 campaign was derailed by a back fracture and double ankle surgery but he has had a relatively smooth pre-season although he did have a stint away from the main group. He is seven kilograms lighter, at 85kgs, than he was a year ago.

McKay led the Blues’ goal-kicking with a modest 26 in 20 matches last year, while McGovern, with 22, was the only other man to have more than 20.

Bruce confirmed it was “unlikely” McKay, who trained with the main group on Thursday, would be fit to face the Tigers, as the Blues aim to end a nine-game losing streak against Damien Hardwick’s side.

“Harry is not probably right to play just yet but he is not far off that. He is training with the main group, back into main training … he probably just doesn’t have the amount required to play this weekend,” Bruce said.

“We still have an opportunity next Thursday for a practice game for any of the guys that missed this week before the round-one team is finalised.”

Petrevski-Seton has recovered from a quad injury and moved freely at training while Betts is another the Blues need to have an impact inside attacking 50. Betts had 37 goals with the Crows last season, and the Blues will hope he can replicate that, with former Gold Coast Sun Jack Martin adding more bite.

Previous Saints want to be the ones in control, says Steele
Next Treasurer says the state is prepared to go it alone on North East Link

To play or not to play, that is the question

But a smaller increase is still an increase. The numbers are still rising. The peak …