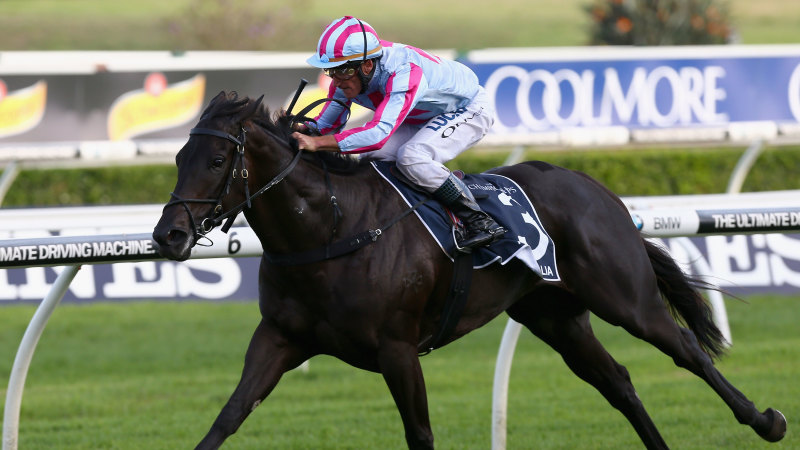 “The request for registration of the transfer has been declined. Accordingly, the mare will not be permitted to race in NSW,” V’landys told The Age.

Racing authorities in both NSW and Victoria told The Age late last year the embargo would be lifted if her ownership bona fides could be proven.

“We would want some pretty solid evidence as to who owns her before we allow her to race,” V’landys said in December.

Azkadellia, who was arguably the second-best mare in the country behind Winx in 2016, has not raced since June of that year after it was determined that convicted conman Peter Foster still had an interest in her ownership.

The mare is still listed in the ownership of former Ciaron Maher Racing manager Ben Connolly with Racing Australia. Connolly was disqualified for more than two years after it was discovered he owned the mare on behalf of Foster.

Azkadellia was sold in September at an Echuca sale-yard auction for $615,000, but that sale fell through, allowing the current owner to buy her from Maher in an off-the-market deal.

She won just three races of 17 including the group 1 Queen Of The Turf, but she also ran third to Winx in the 2016 Doncaster Mile and ran second in the Doomben 10,000 and Tatts Tiara in her last campaign as a four-year-old.

Azkadellia’s owner is now weighing up offers from the northern hemisphere, with plans to breed her before the season closes in four weeks.

Previous Son accused of murdering his mum in Whitsundays to stand trial
Next ‘All systems go’: Australian Grand Prix set to go ahead with Italy exempt from travel ban