admin March 5, 2020 Victoria News Comments Off on Treasurer says the state is prepared to go it alone on North East Link 42 Views 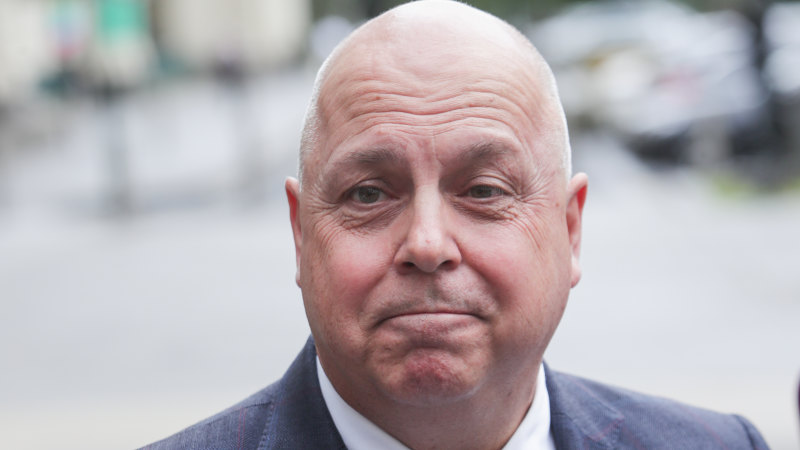 “All my public life, I’ve taken the view that we do so much better when we work with the private sector to deliver things,” Mr Pallas said on Thursday.

“But I don’t do it at all costs … so if the state has to manage these projects, we will.

“It may well be that in circumstances where the private sector fails to put in serious bids and fails to demonstrate that they’re prepared to honour the contractual terms that they strike with the state in the past, we will look at alternative models.”

The private sector has grown increasingly risk-averse after companies accepting the toll revenue risk on the Cross City and Lane Cove tunnels in Sydney and the Clem7 and Airport Link in Brisbane went bankrupt because patronage did not match the projects’ optimistic traffic forecasts.

Taxpayers were not on the hook for these losses, but Victorians would be if the North East Link does not perform well within the first few years of it opening, with the state carrying the tolling risk.

Mr Pallas said the government was considering taking on more financial liability, including risks associated with the project’s design, physical interfaces and utilities such as gas, electricity and water supplies.

While a decision is yet to be made, this would be a concession by the government, as these risks were originally allocated to the private sector.

“The government recognises, given the size of this project, that it will be important that we change the way risk is allocated for the project,” Mr Pallas said.

The Regional Rail Link, the City Loop and the West Gate Bridge are among many infrastructure projects that have been managed by the state government rather than a private consortium.

But the Andrews government has keenly adopted public-private partnerships (PPP) for its multibillion-dollar infrastructure pipeline since taking office.

The model involves outsourcing services traditionally carried out by the public sector, such as a project’s design, planning, financing and construction, to a private entity. It means the government doesn’t have to pay as much money up front and the private sector is expected to take on more of the project’s risk.

However, there are concerns the PPP model does not always deliver value for money for the taxpayer. The Age revealed that Victorians were locked into paying billions of dollars to a private consortium for a major road it was contracted to build for just $651 million nine years ago as a PPP.

A leaked government document revealing the true cost of Peninsula Link, showed it would have been far cheaper for the state to have built the motorway.

The Peninsula Link was built under an “availability” PPP model, which is a system of financing in which the operator receives regular payments from the state over many years, while also maintaining and operating the infrastructure project.

The same model is being used for the North East Link.

RMIT professor of urban policy Jago Dodson said low interest rates and debt levels in Victoria, coupled with growing expertise within the bureaucracy to manage large infrastructure projects, meant the government was capable of managing these projects itself.

He said PPPs often turned into a contest between the state and private consortium over “who has the best legal advisers to get the best deal for either party”.

But no matter the financial model used, the state government was always responsible for the way a project is delivered, he said.

“Through the ballot box, it’s the government who is responsible for ensuring that projects are delivered in a timely and cost-effective way.”

Nicola Grayson, chief executive of industry body Consult Australia, said the true scope of infrastructure projects was often misunderstood by the parties early on and contracts were too rigid for the complex work required.

As the size of the projects get bigger, so too do concerns about associated risks.

“Insurance companies are telling the private sector that the risk is too high and we’re not prepared to offer insurance on that risk,” Ms Grayson said. “So businesses are in the position where they are taking on these tasks with no insurance backing and it really is betting the farm in that scenario.

“You can see why they are saying, ‘We don’t want to be involved.'”

The economic crisis is still to come

The economy is already broken. Devastated. The economic crisis is still to come. Realise this: …