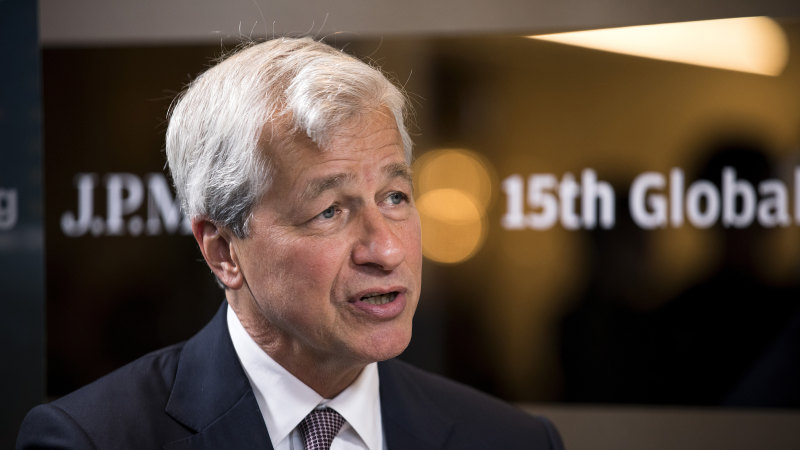 Mr Dimon has been chief executive of JPMorgan for over a decade, and is a larger-than-life figure on Wall Street.

He has fashioned himself into a voice of the industry and become more active in Washington in recent years. He often uses his platform as head of the country’s biggest bank to opine on issues that fall outside that scope, including immigration, education and healthcare.

At various times, Mr Dimon has also mocked financial regulators, cursed during public appearances and joked about becoming US president.

During his time at the helm of JPMorgan, Mr Dimon turned the bank into a global behemoth, with leading positions in many key businesses, through crisis-era acquisitions as well as opportunistic market-share grabs.

His most vulnerable time as CEO may have come after a trader known as “the London Whale” caused billions of dollars’ worth of losses from derivatives positions in 2012 that management overlooked.

Industry analysts characterised Mr Pinto and Mr Smith as capable hands at the helm of JPMorgan, but noted that Mr Dimon’s health scare raised new questions about who will succeed him for the long term. He also battled throat cancer after a diagnosis in 2014 that sidelined him for several months.

“The bottom line is that Mr Dimon is often viewed as a steady hand for the banking industry during turbulent times (like we are in now),” KBW analyst Brian Kleinhanzl said in a note to clients, referring to recent market chaos and economic concerns stemming from the coronavirus outbreak. “Not having him at the helm of JPMorgan is a modest negative.”

The condition for which Mr Dimon had surgery is called an acute aortic dissection, a condition where the inner lining of the aorta tears away from the outer edge of the tube.

It is a serious, potentially deadly event that, left untreated, can lead to a heart attack or the aorta collapsing, said Dr Gabriele Di Luozzo, director of thoracic aortic surgery at Mount Sinai Morningside hospital in New York.

During surgery, about 15-20 centimetres of the aorta nearest to the heart is replaced typically with a synthetic tube, said Dr Di Luozzo.

“This is a major operation,” Dr Di Luozzo said. “In a typical elective surgery (to replace) an aorta, the risk of death is in the 2-3 per cent range. But when you have an emergency operation it can be as high as 20 per cent.”

If treated in time, patients typically spend a week in hospital followed by several weeks recovery at home, he said.

Mr Dimon’s surgery was successful and bank executives said they expect him to return to work.

When Mr Dimon was going through cancer treatment, he curtailed travel and made fewer public appearances, but eventually recovered and got back to work.

Questions about who might succeed him have existed for years, as many executives who were viewed as potential successors left out of impatience or for other opportunities.

Mr Pinto and Mr Smith are relatively close in age to Mr Dimon, who said in promoting them in 2018 that he wanted to stay in the job for five more years.

Previous ‘I wanted to mess him up’: No adult jail for teen who bashed paedophile
Next Queensland appeals paedophile Sterling Free’s sentence