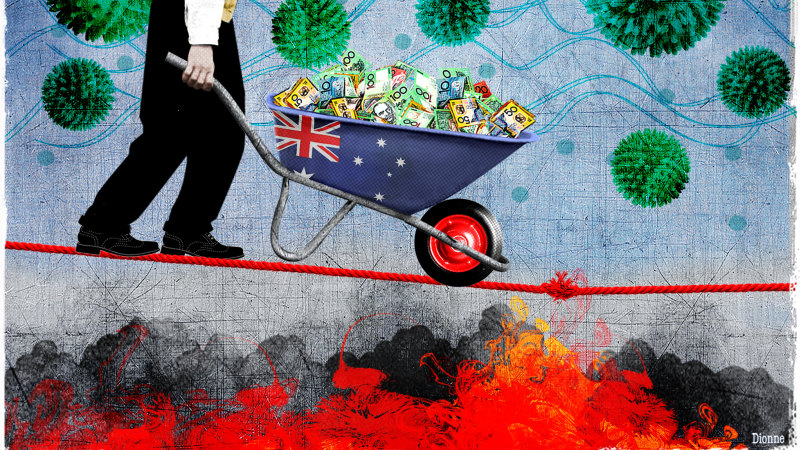 The greatest single factor driving household disposable income is income from wages. We know that employment has long been growing surprisingly strongly, so the income from the extra jobs is adding to household income.

But the main growth in wage income comes from pay rises. And we also know that, for five or six years now, wage rises haven’t been much bigger than the rises in the prices consumers pay. So if “real” wages aren’t growing strongly, it’s hard to see how real GDP – aggregate demand – can be growing strongly. Not in any sustainable way.

The full story is more complicated than that, of course, but that’s what an economist would call the “underlying” reality. So until strong growth in real wages returns, we’ll be spending our time examining the ups and downs in all the other, complicating factors that, over the short- to medium-term, cause the growth in real GDP to be a bit stronger or a bit weaker than the real growth in wages would lead us to expect.

(Should real wages never seem to return to the growth rate we were used to, we’d have to reassess our notions of what constitutes “strong” and “weak” growth – but that’s a story for another day.)

Back to the complications. Consumer spending grew by 0.4 per cent during the December quarter, which was a big improvement on its growth of 0.1 per cent in the previous quarter, but growth of 1.2 per cent over the year is less than half what it should be.

Much household spending goes on housing – whether renting or buying. And when people change houses they tend to have a burst of spending on “consumer durables” such as new furniture and appliances.

The buying and selling of existing homes doesn’t generate much economic activity, except to increase real estate agents’ commissions (and you’ll be delighted to hear that the increase in home sales, which is both a cause and an effect of the renewed rise in house prices in Sydney and Melbourne, caused such a boost in those commissions that it accounted for 0.2 percentage points of the overall increase of 0.5 per cent in GDP during the quarter).

But what does form a big part of GDP is investment in the building of new houses and units, plus alterations and additions. Here the news was not good. Home building activity fell by 3.4 per during the quarter and by 9.7 per cent over the year. It was the fifth quarter of contraction in a row.

When you look behind the headline numbers, it’s clear the economy’s basic problems continued unchanged.

Directly or indirectly, investment by businesses in new buildings, constructions and equipment is aimed at satisfying the expected demand for goods and services by households (although, when those people live overseas, we call it demand for exports).

So if consumers’ demand for goods and services has been weak for quite a few years, it’s not surprising that businesses’ investment spending on expanding their production capacity has also been weak. Although our miners have resumed investment, investment by the non-mining sector fell. Overall, business investment spending fell by 0.8 per cent during the quarter.

Put those three things together – consumer spending, new housing investment and business investment – and you’ve got the total demand of the private sector. It showed no growth during the quarter, and its annual contribution to overall GDP growth over the past few years has now fallen to zero.

So where is the growth coming from? From spending by the public sector. In previous quarters this has included strong growth in spending on infrastructure (mainly by the state governments), but this quarter it fell a bit. That left government spending on the provision of services (particularly on the federal rollout of the National Disability Insurance Scheme) growing by 0.7 per cent during the quarter and by 5.3 per cent over the year.

Now do you understand why RBA governor Lowe keeps banging on about the need for governments to spend up?

The second factor helping to keep us growing is the “external sector” – specifically “net exports” (exports minus imports). The volume of exports of goods and services was unchanged during the quarter, but grew by 3.4 per cent over the year.

And the volume of imports of goods and services fell by 0.5 per cent during the quarter and by 1.5 per cent over the year. Which means that both the increase in exports and the fall in imports contributed to the overall growth in real GDP.

But ask yourself this: why would imports be falling? Because both consumer spending and business investment spending are so weak. Oh.

And that’s before the economy’s hit by the bushfires and the economic disruption caused by our efforts to limit the spread of the coronavirus.