Correspondents’ coronavirus video diaries from across the globe

admin March 6, 2020 World News Comments Off on Correspondents’ coronavirus video diaries from across the globe 41 Views 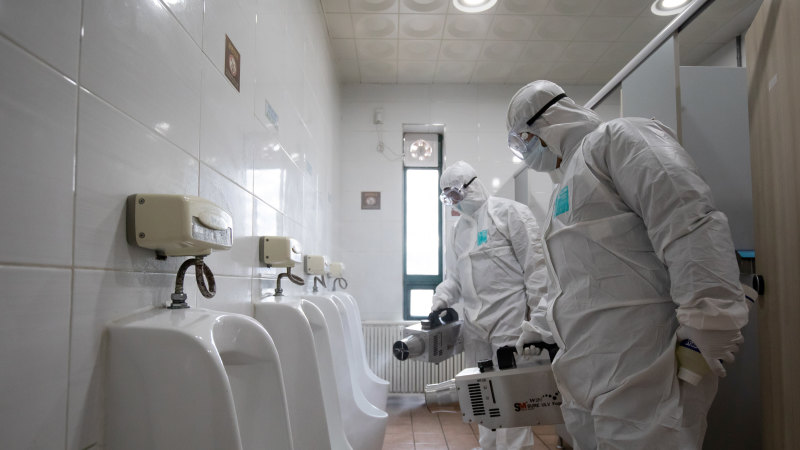 At the outset of the outbreak, the Chinese government was accused of concealing the true extent of the virus’ spread, and not responding quickly enough to the quickly evolving pandemic.

As a result, China has gone into damage control: spreading a narrative that the coronavirus started externally and took hold in China – recasting them as the victim that suffered the disease and the heroes that have finally contained it.

Meanwhile, as millions remain in quarantine and borders close up, I’ve been forced to remain in Canberra as my own visa makes its way through thorough various approvals while the coronavirus is brought under control.

As late as January 31, Indonesia did not have adequate test kits to rapidly test for the existence of the coronavirus.

After I broke that story, distrust for the Indonesian government has only grown.

Though it was only on Monday that health authorities in the region confirmed detection of the first case of COVID-19 in Indonesia, many suspected the virus had been present in the country for some time. It has created a population that is deeply concerned and sceptical of their government’s response and transparency.

In this video I explain how the Indonesian Health Minister had insisted that the country remained protected from a coronavirus-outbreak due to “the power of prayer”:

Like a lot of places, coronavirus really wasn’t an issue in Europe until about two weeks ago when a cluster emerged in northern Italy. It was focused in and around 10 villages near Milan and within a matter of days, it took off from three cases up to several hundred and within the space of a week grew to more than 2000.

The problem is Europe is highly interconnected. Thousands of flights, trains and cars per day are going over borders. The virus very quickly spread to Germany, France, the UK, Austria and Switzerland. Lots of others have all now got cases that have actually been directly traced to Italy. Italy has really been ground zero outside Asia and the authorities are really struggling to contain the outbreak.

In this video I describe what it was like visiting the “red zone” of the outbreak:

With just 11 confirmed deaths and the Democratic primaries dominating US news, the public reaction is less about panic and more about politics.

Democrats have been critical of the Trump Administration’s response to the crisis, claiming Washington may be underplaying the seriousness of the pandemic to protect a consistently bullish, but fragile, Wall Street.

The virus also threatens to expose the central fissure in US progressive politics: the battle over universal healthcare.

As I describe in my video diary, while voters might consider former vice-president Joe Biden a safe pair of hands, it may see a boon in support for Vermont Senator Bernie Sanders as COVID-19 costs spiral out of control for people who don’t have adequate health insurance.