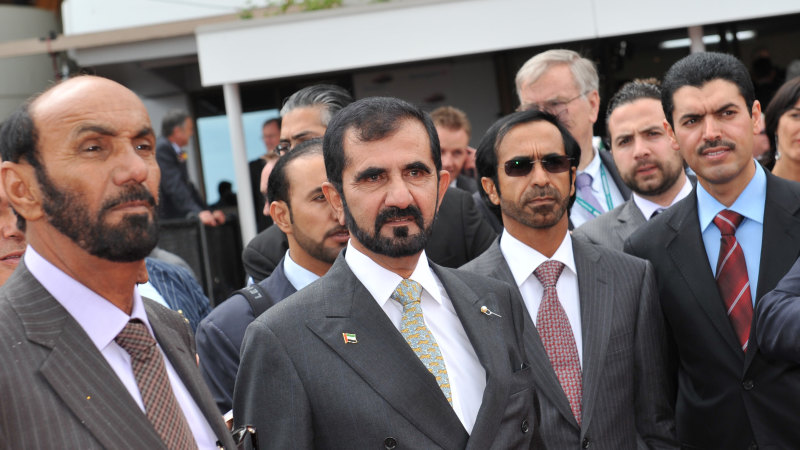 Australian racing authorities have not in the past used civil court rulings to test an owner’s ability to be involved in racing under the fit and proper person test.

Racing NSW chief executive Peter V’landys wouldn’t comment on the situation on Sunday, and Godolphin declined to comment as it was a personal matter.

In a statement following the rulings on Thursday, the Sheikh said that “as a head of government, I was not able to participate in the court’s fact-finding process. This has resulted in the release of a ‘fact-finding’ judgment which inevitably only tells one side of the story”.

While the Sheikh has made headlines away from the track, it was business as usual as Bivouac in the Godolphin blue delivered another group 1 victory in the Newmarket Handicap at Flemington on Saturday.

There is pressure on British Horseracing Authority to test Sheikh Mohammed under the fit and proper person criteria of its rules relating to honesty and integrity. It has to the power to ask those questions even from a civil case.

It is generally conceded the BHA is unlikely to ask Sheikh Mohammed to face the fit and proper test.

Stewards and racing regulators are also unwilling to use a civil ruling as a test of owners in Australia. The practice is generally to use the higher burden of proof from a criminal judgment which is beyond a reasonable doubt.

Racing NSW stewards have, however, in another matter stood down prominent owner Damion Flower, who has pleaded not guilty to five drugs-related charges including two of importing a commercial quantity of cocaine.

The procedure for an owner to be issued a show-cause notice from the board of Racing NSW about being a fit and proper person would start with an investigation.

Godolphin owns a number of stud farms and stables in Sydney and Melbourne, and is one of the biggest employers in racing.

Racing NSW stewards have in the past had Godolphin and Darley trainers and officials face inquiries and answer charges relating to racing matters. However, Racing NSW rarely uses the power of testing a person to be fit and proper to be involved in racing.