Breaking News
Home / National News / Can you get coronavirus twice?

Can you get coronavirus twice?

admin 3 weeks ago National News Comments Off on Can you get coronavirus twice? 26 Views 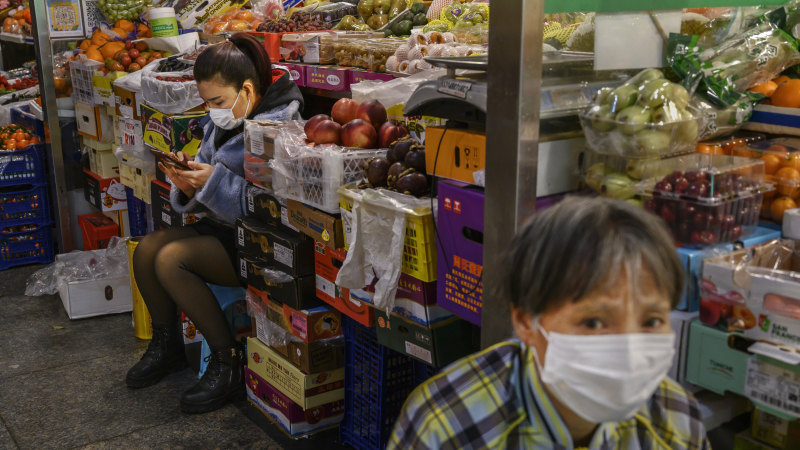 There are about four other frequent strains of coronaviruses, including one known as HKU1, that cause outbreaks of the common cold.

These viruses, along with strains of influenza, circulate annually, infecting people multiple times in their life.

“We do know you can get those [coronaviruses] more than once so you would not be surprised if it is possible,” Professor Rawlinson said.

“Although, with SARS [Severe Acute Respiratory Syndrome] for example, we tended not to see reinfection so it will probably not be a very common event, if it occurs at all.”

Professor Raina MacIntyre, head of the Biosecurity Research Program at the Kirby Institute, has been tracing the spread of COVID-19 as it weaves its way through borders across the world.

“We haven’t seen definitive scientific evidence yet but early reports suggest that reinfection may be possible,” she said.

Fears over reinfection have been fuelled by numerous documented cases globally where infected patients had their symptoms of coronavirus completely disappear only to be discharged from hospital and test positive for the virus again soon after.

“These are people who were thought to be cured and who have tested negative on the swabs and the test after being in hospital,” Professor MacIntyre said.

In one Chinese study, Professor MacIntyre said 14 per cent of discharged patients tested positive to the virus again a few weeks later.

Another woman working as a tour bus guide in Osaka in western Japan also tested positive for coronavirus for a second time. She first tested positive on January 29, but was discharged from hospital days later when her symptoms subsided and she was given the all clear.

About a month later, the woman succumbed to a sore throat and chest pain, testing positive to the virus again on February 29, Japanese authorities said.

“Whether that was reinfection or whether that was just the fact that they were still actually infected and not cured it is hard to tell but in that case it is probably more the latter than the former,” Professor MacIntyre said.

There are also theories the virus can remain dormant, lingering in our bodies and only re-emerging once it find its way into our lungs.

“You might even see somebody recover clinically and their throat swab comes back negative,” Professor Rawlinson said. “But you don’t really know what’s going on in their lungs in that you don’t get a sample from there.”

In the case of the Japanese woman, Professor Rawlinson said there was not enough data to support the conclusion that reinfection was possible.

One theory, he said, is that after being diagnosed with COVID-19, the woman was struck down by another viral infection but segments of the COVID-19 remained in her body and were subsequently detected in the test.

Another, is that the virus was in her lower respiratory tract the whole time, before reactivating in her lungs.

“That makes more sense than her getting a second infection that quickly,” Professor Rawlinson said.

A third, albeit less likely scenario, is that the woman was infected for the second time with coronavirus.

Unlike other coronaviruses, Professor MacIntyre said there was a concerted effort worldwide to develop a vaccine to COVID-19.

“We also do know from the studies we have done on other serious respiratory illness, like SARS, that you do get good protective antibody levels after infection and they can last at least 1½ to two years,” Professor MacIntyre said.

“It is simply too early to tell if this will become a yearly thing. It really depends on what percentage of people in the population are susceptible to the virus at the end of a couple of years as to whether it’s got the potential to keep circulating.”

If you suspect you or a family member has coronavirus you should call (not visit) your GP or ring the national Coronavirus Health Information Hotline on 1800 020 080. In Victoria there is a Health Department hotline on 1800 675 398.