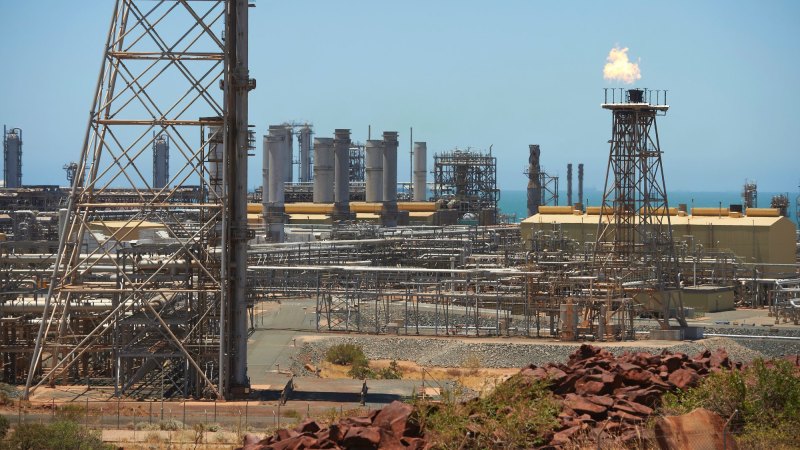 According to the Conservation Council of WA, the documents prove Woodside’s arguments its projects should be permitted to increase emissions at home because they would displace the use of dirtier coal overseas are baseless.

“The request for this data [from the federal government] was an opportunity for Woodside to put forward this evidence … and for the government to consider that as part of understanding their scope 3,” CCWA director Piers Verstegen said.

“But they don’t have any actual firm evidence. They have no hard numbers. The numbers are only those resulting from the burning of this gas and there is no credible way that Woodside or the gas industry has put forward to show that this displacement is occurring, measurable and permanent.”

Mr Verstegen said in international climate negotiations, those hoping to claim abatement for carbon pollution had to pass specific tests.

“They have to be verifiable, permanent and additional to business as usual. These three tests are applied in international emissions accounting and in Australian law,” he said.

“The federal government asked [Woodside] to give this … this was their opportunity to prove the claim they were making is true. And they have completely failed.”

Meanwhile, as state Parliament sits again on Tuesday, Extinction Rebellion WA and other groups will attend, promising a jazz show, marching band and sound and light show to “spotlight” their opposition to the bill being debated to create a new agreement between the state and Woodside to extend the life of the Karratha gas plant (the North West Gas Development (Woodside) Agreement Amendment Bill 2019).

Browse will be Australia’s most emissions-intensive gas source, because of the high proportion of CO2 contained in the reservoir, a recent report by CCWA division Clean State said – the Burrup Hub in its entirety will be Australia’s largest-emitting project.

But a Woodside spokeswoman refuted the claims.

“We don’t agree with the CCWA’s opinion that our argument is baseless, but presumably they fed their submissions into the approvals process,” she said.

“We will address those submissions as the approvals process runs its course.

“The reality is we model against a range of scenarios.”

Those scenarios included the International Energy Agency’s February 11 report which attributed a decline in CO2 emissions from the power sector in advanced economies, thanks to the expanding role of renewable sources (mainly wind and solar PV), fuel switching from coal to natural gas, and higher nuclear power output.

“This is why we say that natural gas helps reduce global emissions: it is clean, reliable and the ideal partner for renewables, and we are confident that we will conclude our approvals processes accordingly,” the spokeswoman said.

The federal government’s decision to assess the scope 3 emissions from Browse is significant for two reasons.

First, a complex assessment of the impacts of its emissions will take time, and any further delays could be critical for Browse.

The project is balanced on a knife edge after continually delayed investment decisions, a mid-year lease renewal potentially in jeopardy and the headwinds of an environmental campaign from Clean State possibly spooking international investors.

Woodside’s joint venture partners are Shell, BP, PetroChina, Mitsubishi and Mitsui, and Shell and BP have made climate-related promises to their shareholders, to which Browse could prove contradictory.

The second reason the federal government considering the impact of scope 3 emissions is significant is that it goes to the heart of emerging climate considerations for Australia: whether we should hold companies accountable for the burning of our fossil fuels in other countries, and whether to assess the impacts of those emissions on Australia.

The proposed Rocky Hill coal mine in New South Wales showed this was an emerging issue for the courts, with a court’s decision to block the mine in part due to its climate change impacts.

The Department of Environment this week confirmed it was well aware of such matters when assessing Browse.

The parallel state assessment process for the Burrup Hub-related projects continues, with public comments having closed on February 12

Emma Young covers breaking news with a focus on science and environment, health and social justice for WAtoday.

Previous From the Archives, 1959: Australia’s population reaches 10 million
Next Driver ran over Fraser Island dingo in 4WD, then drove at group: Witness