admin March 10, 2020 National News Comments Off on North on alert for looming low after wet start to week for SEQ 67 Views 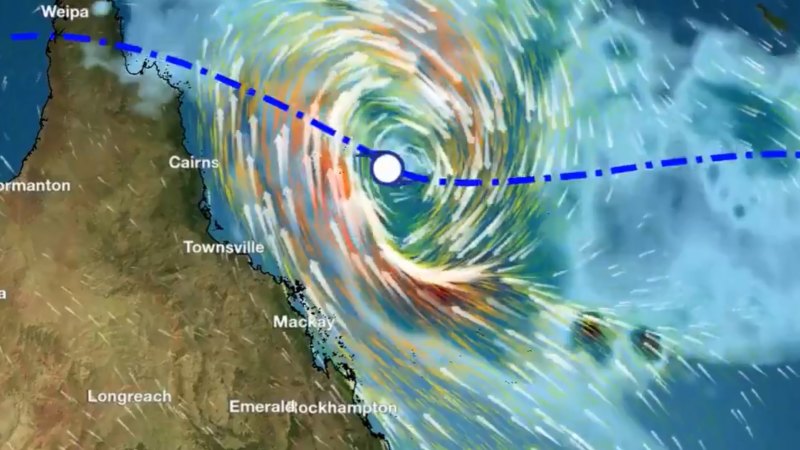 Mr Kennedy said heavy rainfall would be the major impact with daily totals of more than 100 millimetres possible on the peninsula.

“The areas most likely to receive the heavy rainfall is the Cassowary Coast where we could see between two and 300 millimetres across the Wednesday to Thursday period,” he said.

Conditions are expected to ease from Friday with the cyclone – which could be named Gretel or Harold depending on the development of another low off Western Australia – likely to track southeast away from the Queensland coast.

“Though we will still likely see strong wind warnings for the majority of the east coast persisting for another day or two into early next week,” Mr Kennedy said.

The forecast comes after an upper trough brought rainy conditions to the south-east to start the week, dropping between 50 and 100 millimetres from Brisbane’s north up and down the coast in the 24 hours to Tuesday morning.

In the city, Rosalie recorded 63 millimetres while Upper Lamerough on the Sunshine Coast saw 92 millimetres fall. The totals followed falls of 10 to 30 millimetres recorded across the south-east on Sunday.

“That trough has now moved offshore,” Mr Kennedy said. “Today is likely to be the last day of some of the more widespread showers in the south-east coast [region].”

Senior forecaster Michael Knepp said on Monday more autumnal conditions were instead on the way.

Large parts of the state’s west remain under moderate to major flood warnings, with some river levels the highest since 2010 and expected to remain for days and weeks to come.

Jess Carey, a senior flood forecaster with the weather bureau, said on Monday that isolation was the main impact across the region.

Flood warnings are expected to remain for one to two weeks as the slow-moving water heads to Lake Eyre from Channel Country and into NSW from border catchments.

“So whilst the impact isn’t going through people’s homes, certainly … the availability of milk and bread and fresh fruit and vegetables is quite tough,” he said.