admin March 10, 2020 Business Comments Off on The moment central banks were trying to avoid over the past 10 years is upon them 58 Views 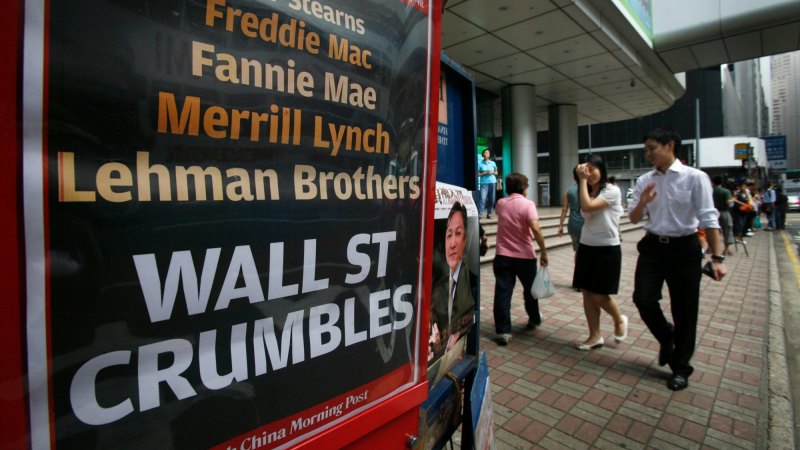 More than a decade later those “emergency” settings are, however, still in place.

The central bankers staved off a depression and, once the world emerged from the post-crisis recession, have been able to maintain positive, albeit anaemic, growth since.

In the process, however, they kept interest rates at ultra-low levels and that has encouraged a massive build-up of debt at every level – governments, businesses and households and, until the coronavirus, continually inflated sharemarkets.

From March 2009, when sharemarkets began their post-crisis surge, the US market rose 325 per cent until the spread of the virus to Italy finally pricked the bubble. In less than three weeks the S&P 500 has fallen about 19 per cent.

US 10-year bond yields were below 40 basis points for the first time in history this week and, at 54 basis points on Monday, have fallen nearly 130 basis points since the coronavirus emerged.

The central bankers, having used up most of their ammunition, have limited capacity to respond to the economic threat posed by the spreading virus. Cutting rates further when rates are already so low will have little, if any, impact.

They are injecting liquidity into the system – the Fed this week increased the amount of cash it was providing to overnight credit markets from $US100 billion ($150 billion) to at least $US150 billion – to try to prevent an economic crisis from igniting a financial crisis.

The moment they were trying to avoid over the past decade is, however, upon them. The spread of the virus within China and then throughout the world is rolling through the global economy.

The disruption to global supply chains was the first-round effect, the chilling and destabilising impact on travel and travel-related sectors the second. Now both the reality and the fear of the virus and the violence of the financial market is impacting businesses more generally and will have an unnerving effect on consumers.

The sudden eruption of an oil price and market share war between Saudi Arabia and Russia has highlighted and increased the financial risks being generated by the epidemic.

The US shale oil sector, which has transformed the US into a net exporter of energy for the first time, is being destabilised by the collapse in oil prices. The sector is highly leveraged and the high-yield bonds that have powered its rise are being decimated. Access to credit is shrivelling.

That’s potentially an issue well beyond the shale oil and gas sector and it’s not one confined to the US.

The Bank for International Settlements has calculated that about 12 per cent of listed companies around the world – with combined market capitalisations of about $US1.6 trillion – are “zombies”, or companies whose earnings before interest and tax don’t cover their interest payments. They’ve been kept alive by the low rates and plentiful credit of the post-crisis environment.

Banks, whose net interest margins and profitability have been squeezed by the low-rate environment, are now confronting even greater pressure with even lower rates and yields curve that are almost flat. The yield on two-year Treasury notes is 0.38 per cent and the yield on 10-year bonds 0.54 per cent.

Banks make money by borrowing short and lending long but those flat yield curves around the world aren’t offering much profit in return for the increased risks being generated by the virus. While they are in far stronger and better-capitalised shape than in 2008, they will be risk-averse, adding to the risk of a credit crunch to the broader economic threats.

The pool of leveraged loans has more than doubled, to more than $US1 trillion, but that’s only the sharpest point of a pile of leverage in businesses and households. US corporate debt has risen from about $US2 trillion in 2008 to about $US6 trillion. The amount of the lowest quality investment grade bonds outstanding has soared from $US800 billion to more than $US3 trillion.

Indices that measure the risks of corporate defaults are surging, reflecting the fear that even if central banks keep funding markets open, banks and investors may not be willing to provide credit to any borrower they perceive as risky in an environment where both supply and demand and therefore growth in the real economy are being smashed.

In 2008 a crisis that was largely financial in character threatened to create economic depression. Today it is the threat of an economic crisis that is generating mayhem in financial markets and which could create a vicious cycle as investors flee for the sidelines and their support for equity and credit markets evaporates.

That battered can stopped rolling when the virus began spreading and now the consequences of that long-term build-up of debt and the inflation of equity and property markets that the central bank policies encouraged may become more obvious, and painful.