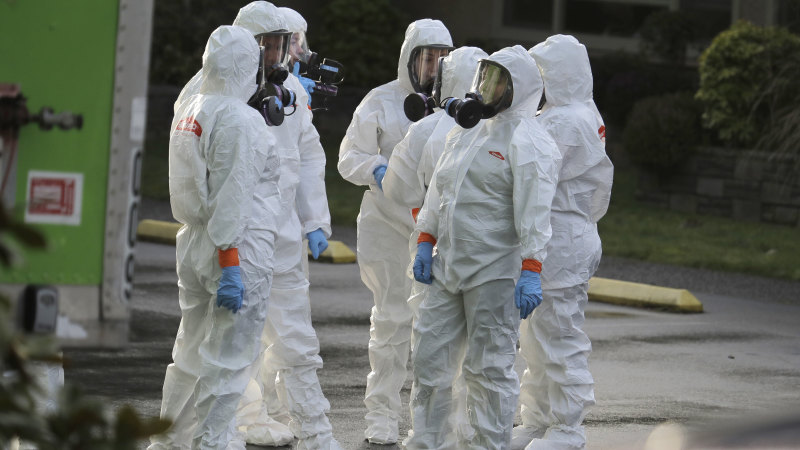 A direction to “wash hands” has been written in the sky above Sydney this afternoon.

At 3.07pm a plane was seen skywriting the advice.

It is not yet known who organised the message which could be seen from multiple places in Sydney.

The Let Me Entertain You singer will perform a one-off show on Saturday to coincide with the 2020 Grand Prix. He said he wasn’t concerned about coronavirus at this stage. However, during a press conference on Thursday afternoon the pop star greeted members of the media by bumping elbows.

Cyrus was due to headline a bushfire relief concert at Melbourne’s Lakeside Stadium on Friday, but the event has been called-off after she said she wouldn’t be travelling to Australia due to the global health crisis.

Victorian Health Minister Jenny Mikakos says “we have been acting on the advice of our Chief Health Officer, and his advice is that there are no need to cancel mass gatherings.”

Prime Minister Scott Morrison has asked the government’s health experts to review all travel from Europe, after the US implemented a travel ban earlier on Thursday.

Health Minister Greg Hunt said the Australian Health Protection Principal Committee would be asked to review whether further travel restrictions were required on Europe out of “an abundance of caution”.

“I’m not in any way pre-empting that,” he said. “They have been frank and fearless.”

Federal health minister Greg Hunt says questions around more travel bans have been put to the national security team by the Prime Minister.

There are 128 confirmed cases in Australia so far, Mr Hunt said.

“We want to add our support to those who are infected and do become infected as it can be a very stressful time,” he said.

“We will continue to follow the advice of medical experts because it’s allowed for us to be ahead of the curve,” he said. “It has allowed us to treat and isolate patients and provide the best possible care.”

Tom Hanks’ son, Chet, has spoken to his parents and said they are “fine”.

“I don’t think it is anything to be worried about, but I appreciate everyone’s concern and the well wishes, but I think it’s all going to be alright. Just everybody stay safe out there.”

Hanks and his actor-singer wife Rita Wilson both tested positive for COVID-19 in Australia on Thursday.

Two more Formula One team staff have been quarantined and tested for coronavirus amid fresh uncertainty about staging the Australian Grand Prix.

The Haas team says two more of its crew have been isolated and tested for the virus on Thursday.

Haas now have four staff and the McLaren team one team member in quarantine in Melbourne awaiting test results ahead of the grand prix, due to start with practice sessions on Friday.

Six new cases of coronavirus were confirmed in Victoria yesterday – bringing the total number of cases in Victoria to 27.

A statement from the Victorian health department says the new cases include six men aged between 30-70, who are all recovering at home in isolation.

Of the six new cases, five have a history of international travel. One is a close contact of a confirmed case.

One additional case is an existing NSW case now counted in Victorian statistics as a Victorian resident.

One of the confirmed new cases attended the T20 Cricket World Cup Final at the MCG, watching the game from Level 2 of the MCC Members’ stand.

Tracy Grimshaw will not be hosting A Current Affair tonight as a precaution, following the news that Rita Wilson and Tom Hanks have coronavirus.

Wilson used hair and makeup while filming at the Nine studios this week, and Grimshaw – who is recovering from recent surgery – has stepped back from hosting duties as a precaution as her immune system has not fully recovered.

Karl Stefanovic will be filling in on ACA in the interim.

NSW Chief Medical Officer Kerry Chant says that 20 per cent, or about 1.5 million people, in NSW will be infected by coronavirus.

The ABC reported that Dr Chant said the hospitals have been told to double the capacity of their Intensive Care Units and ventilator beds.

“We’re nowhere near the peak,” she said.

“We’ve got early evidence of limited community transmission and now is the time we are continuing our endeavours to contract, trace and isolate cases.”

But Dr Chant said for the majority of people who are infected they will have a mild illness and some may not even show symptoms.

Previous Rojas in squad to face Wellington but injury cloud remains
Next ‘I know the difference between a dead kangaroo and a dead human’: Tyrrell inquest told

“While we’re focusing on preventing community-wide infections, facilities that are used by unspecified individuals are …