High Court reserves its decision on the fate of George Pell

admin March 12, 2020 Victoria News Comments Off on High Court reserves its decision on the fate of George Pell 44 Views 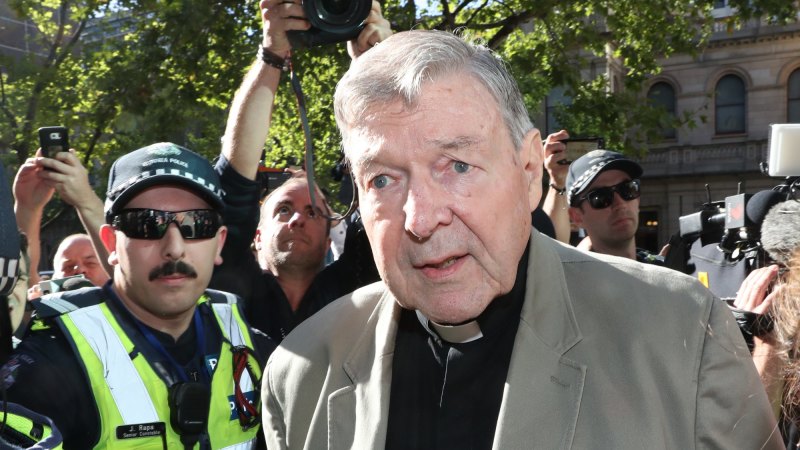 “We win this argument, we wish the matter to be over,’’ he said.

It was a testing day for Ms Judd, who was rebuked by Chief Justice Susan Kiefel for failing to take the court to the necessary material.

However, it appears unlikely this case will be decided by the strength of the advocacy. Rather, it will come down to whether the High Court believes that the Court of Appeal majority placed too much weight on the credibility of Pell’s accuser, the surviving former choirboy, and not enough on the witness testimony which threw up multiple obstacles to the crimes taking placed as alleged.

A critical question before the court is whether Victoria’s Chief Justice Anne Ferguson and Court of Appeal President Chris Maxwell’s majority decision, which upheld the verdict against Pell, in effect forced the defence to prove that it was impossible for the sexual assaults to have occurred, instead of requiring the prosecution to eliminate all reasonable doubt.

Mr Walker cited as an example the Crown’s apparent position that, if it could show it was not impossible that Pell and other church figures at St Patrick’s Cathedral departed from their usual practices on the day of offence, it was as good as proved.

“That in our submission is a grotesque version of the reversal of the onus of proof,’’ he told the court.

In these arguments, the testimony of Charles Portelli, a senior church figure who accompanied Pell when he presided over Sunday mass as Archbishop of Melbourne, has emerged as the most important evidence before the High Court.

“Portelli is the key,’’ Ms Judd told the court.

Ms Judd said if the court accepted his evidence it could raise a reasonable doubt about whether Pell had sexually assaulted the two boys in 1996. Ms Judd also cautioned against taking parts of Monsignor Portelli’s evidence in isolation, saying that once all his testimony was weighed against conflicting witness accounts and the rest of the evidence, it did not cruel the Crown’s case.

Ms Judd was taken by High Court Justice Virginia Bell to a part of Monsignor Portelli’s testimony when he testified to the then archbishop’s practice of meeting and greeting parishioners after Mass on the steps of St Patrick’s.

It is common ground that if Pell spent 10 minutes or longer talking to worshippers on the day he is alleged to have assaulted the choirboys in the priests’ sacristy, he couldn’t have committed the offences.

Monsignor Portelli testified to Pell’s usual practice of talking to parishioners after Mass and specifically recalled him doing so after his first Mass as archbishop due to the large number of people who gathered to meet him.

Justice Bell, the member of the full bench with the most experience in criminal law, asked Ms Judd: “Why did it not raise a reasonable doubt as to the commission of the offence?”

Ms Judd said the monsignor’s evidence was largely confined to Pell’s usual practices and movements and that he was unable to recall specific details about what happened during and after Mass on the days the offences were alleged to have taken place.

Monsignor Portelli when questioned at trial said of Pell’s practice of meeting parishioners on the steps: “Yes, he always did that … that was his normal practice.’’ He did not deny that Pell may have departed from his usual practice but could not recall an instance when he had.

Ms Judd said this evidence conflicted with the accounts of other choirboys who recalled occasions when Pell did not stop on the steps to greet worshippers, and other evidence put to the jury.

Pell was jailed for six years for four counts of child sex offences and is serving a minimum term of three years and eight months. The High Court reserved its decision on whether to grant Pell special leave to appeal and the merits of the appeal.