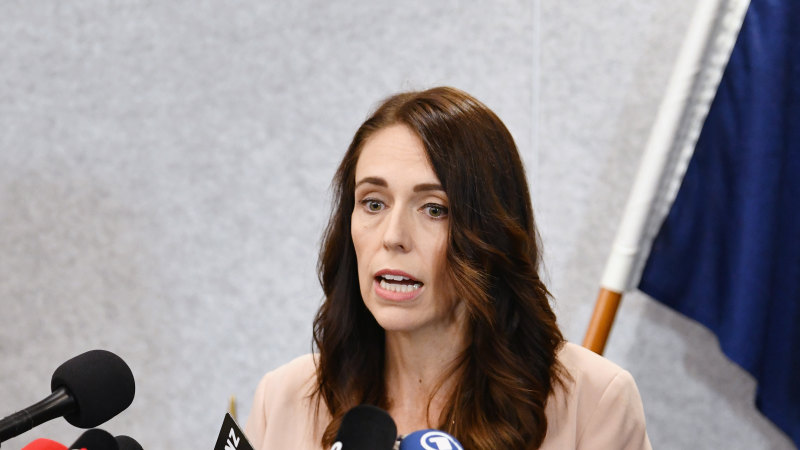 “The way we teach our kids.

“The way we act in our workplace.

“The way we respond to bullies and racism and discrimination. That is what I think that we can best do to honour the legacy of those that were lost.”

Some questioned why the memorial event on Sunday, which would pack thousands of people into an arena, was still going ahead after Ardern and other officials chose to cancel a festival in Auckland celebrating Pacific culture due to fears over coronavirus.

Ardern said that with only five confirmed cases of COVID-19 in New Zealand, there were no signs yet of a community outbreak. She said the Pasifika Festival was cancelled out of a specific concern the virus could spread to Pacific islands that don’t have the health infrastructure to cope with an outbreak. New Zealand has recorded no new cases in six days straight.

The victims and the survivors of the attack say the day has not left them.

“Everything is fresh in the mind. And yet we have to move on with our lives.”

Aziz is known to many as a hero from the attack. The 49-year-old furniture shop owner helped scare the gunman away from the worshippers at the Linwood Islamic Centre, first throwing an Eftpos machine at him, then luring him away from worshippers.

In an incredible act of bravery, he rushed the armed terrorist, spooking him into fleeing in his vehicle and resulting in his apprehension by police.

On Friday, Aziz spent the afternoon with fellow worshippers from both his mosque and the Al-Noor mosque, the first site targeted in the attack, in a combined prayer service to commemorate the day.

“I will be with my community,” he said.

“Of course I will go. For me that doesn’t change. It cannot stop us from praying, getting back together.”

The tag of hero sits uncomfortably with Aziz, who said “any human being would do the same”.

It is his hope that New Zealanders understand their roles in preventing future attacks by challenging racism in the community.

“If you see some racism, stand up and raise your voice,” he said.

“Racism and hate is like a ball of fire … If you stop it, it doesn’t spread anywhere else.”

Ardern also drew attention to laws changed in response to the attacks. The deadliest types of semi-automatics are now banned, and in a nationwide buyback, gun owners turned in about 60,000 of their newly outlawed weapons for cash.

Ardern also talked about her work on trying to eliminate terror attacks from being shown online, after the gunman livestreamed the Christchurch attacks. She brought some nations and tech companies together for the Christchurch Call, which started a new crisis response protocol.

“As a result of the protocol and that coordination in those events where social media platforms have been used to broadcast attacks, the circulation of those videos had been far, far diminished,” she said.

Ardern’s empathetic response after the attacks and her message of unity resonated around the world last year. Images of her wearing a hijab and embracing members of the Muslim community created a lasting impression for many.

The man accused of the attacks, 29-year-old Australian white supremacist Brenton Tarrant, is due to stand trial in June on charges of terrorism, murder and attempted murder. If found guilty, he would face a sentence of life imprisonment.

Previous ‘I faced my fear’: Mosque massacre survivor a year on
Next Legal Aid says no to funding mosque-bombing terror trio’s appeals